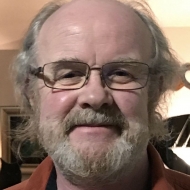 About Me
While Alan Williams is my given name, it has always felt too formal, so I usually prefer Al. There have been three major evolutions in my professional life. My schooling after high school consisted of one semester at the prestigious Minneapolis College of Art and Design. Realizing the end result could only qualify me to teach, of which I had no desire, I decided to leave and enter a two-year commercial art program at Hennepin Technical Vocational school in Minnesota. There, I learned the nuts and bolts of graphic design and what I needed to know to work in advertising. I landed my first full time position as a staff artist at a small advertising agency in Minneapolis after 18 months, and was able to graduate. Initially schooled in graphic design before the computer was even considered a tool in the industry, I adapted and learned this new technology. After paying my dues in the established disciplines of advertising, sales promotion and marketing, a freelance graphic designer became my livelihood for 25 years. Eventually becoming disillusioned with the idea all I was designing was junk mail, my inherent creativity urged a new direction. As a youngster, my father exposed me to construction and wood, which became a devotion that led to refinishing furniture. Then a cousin asked if I would help him with a real estate sign he was carving. I had found a new passion. AW Shadows Design became my business name because the process creates shadows, woodcarving, and design is inherent in everything I do. In fact, design remains the umbrella of everything I choose to pursue. A move landing me in the heart of California Wine Country left me with an intriguing idea. What if I could combine my love of woodcarving and my background in design to produce a custom item for the many wineries in the area? Though at the time, there were only a handful of players in the country doing what I was proposing, I take great pride in inventing my own job, in my own industry. I began offering custom-designed, hand-carved wine barrels, mainly for the burgeoning commercial wine industry, but also private entities. It was successful and there are over 40 of my carvings around, even appearing in six different countries. They can be seen here www.awshadows.com With the advent of computer-aided routers and laser technology, hand carving began to lose its competitiveness with people not being able to appreciate and justify the difference between machining and human touch and the costs associated. Around the same time, I suffered a stroke and was unconscious for three days and subsequently in the hospital for five weeks rehabilitating. In my unconscious state the doctors were advising my loved ones that pulling the plug was a viable option as no one they had seen in their 30 years of experience, in my condition, recovered as anything more than a vegetable. A year and a half later, I finally received the diagnosis that my stroke was caused by lupus, an autoimmune disease that very little is known about. However, with proper medication one can live a long, productive life. I?m now happy to say after ten years the lupus is in remission. Now, one would reasonably assume the stroke is the reason I no longer carve. It isn?t, I still have the ability but in my world, I had conquered that... I had been there, done that...it was time for my muse to explore other endeavors. LightMusic is born. I?ve always held a fascination and appreciation for musical instruments?both their beauty and their ability to produce sounds altering our feelings and senses. Even though I?ve never been able to play one, I invented, designed and produced two six string electric guitars as prototypes for a patent application. Long story, short...I never got the patent but I have a really nice hand-carved guitar. I sold the other one. I want to celebrate and repurpose cast off, broken musical instruments into another, useful life as lamps. They incorporate elements of steampunk and whimsy to create wonder and enjoyment. After all, Plato said music gives your soul wings and my hope is that LightMusic lamps will allow you to see yourself soar.
Graphic design, woodcarving, LightMusic
United States
Male
English
Find Me On
http://www.awshadows.com
Facebook
Instagram
http://www.pinterest.com/awshadowpin/lightmusic