I am a Hungarian artist, with an MA in Digital Film and Animation (London Metropolitan University, London, United Kingdom).
My sculptures are made from waste material. I use consumer goods, articles, objects which with time became waste material. I create humans and animals and strange living beings from bric-a-brac, rattletraps, every kind of worthless, trashy thing, basically from garbage: old buttons, bulbs, nail scissors, tweezers, nail clippers, pen nibs, safety pins, pins, screws, watch-strap, minute hands, clock-keys, imitation pears, gems, fake eyelashes, etc…
My intention is to represent with humor that we are hybrid living beings, we are everything we create. Usually my creature’s hands are made from old, used sharp items, with which my intention was to represent that human beings are dangerous, and even though my creatures have an innocent and naive looks, they were born like weapons, their arms are clasp-knives, scissors, or compasses. I am building the sculptures form consumer goods, articles, objects which with time became waste materials.
I am transforming the objects into animals and humans, the dead material into “living beings”. Before the transformation they were just ordinary objects, safety pins, old buttons, nail clippers, clock keys, bulbs, fake eyelashes, scissors, tweezers, etc… I am mixing objects (trash) from my present and past, from my family’s or other people’s present and past who I never met in my life.
After the object’s transformation they are becoming strange cartoonist, funny looking creatures with different characters. 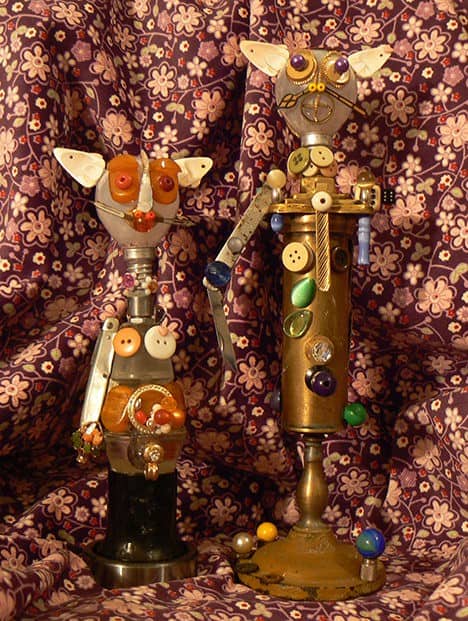 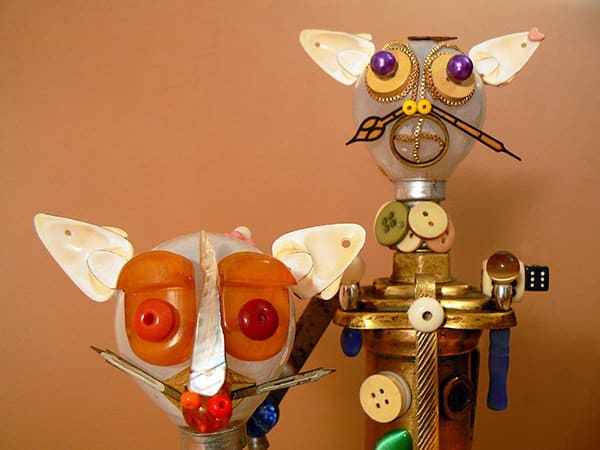 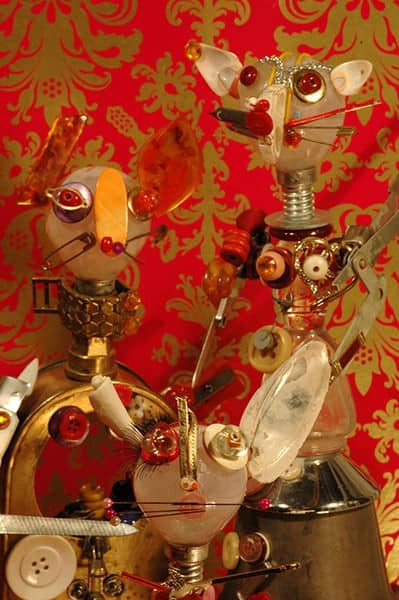 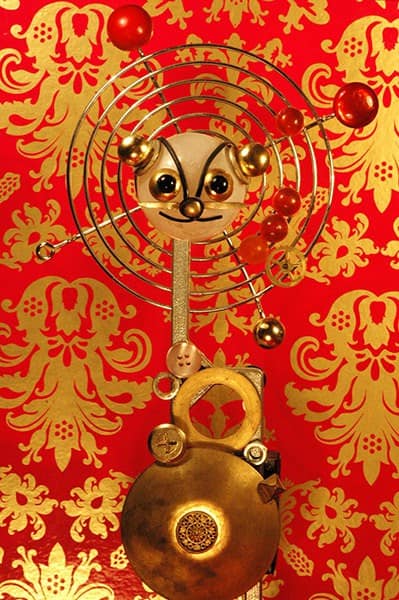 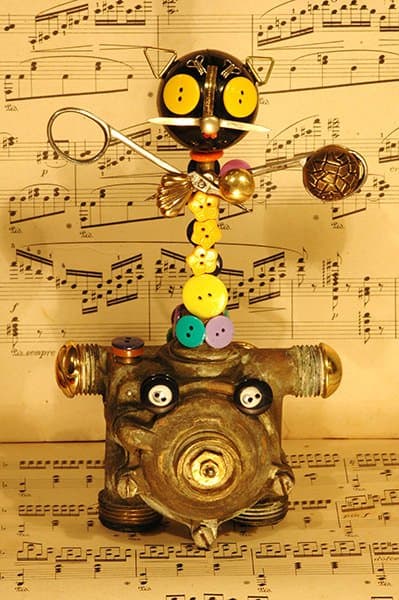