A Story Born Thanks to Recyclart.org :)

Here is a story that brighten our day, thanks Mykl for this positive feedback !

I have a little RecyclArt.org success story to share with you. Back in August of 2011 I submitted one of my cardboard sculptures, Chimera Cardboard Sculpture, to your site and had it published on shortly there-after. I received emails from several other artists who were also working in cardboard. One of them, Alessandra Fiordaliso, had also been featured on Recyclart (here and here). She told me about an exciting opportunity to participate in a biennial paper and cardboard art competition held in Lucca Italy. I investigated and discovered Cartasia 2012.

I submitted a conceptual proposal and out of 148 submissions 28 were chosen to submit a feasibility study outlining a budget, timeline and various aspects of what it would really take to build the proposed sculpture. From this group 6 contestants were chosen. I had made the cut. At the beginning of June I left my home in Tucson Arizona and Flew to Tuscany where I got to work immediately building the most ambitious cardboard sculpture of my life, Snowdrop.

Cartasia has a theme and this year it was Crisis and Rebirth. I chose to base my sculpture on The Snowdrop, galanthus nivalis, a perennial bulb which cannot bloom until it has experienced the stress of the winter. The sculpture was also anthropomorphized by representing the bulb as an inverted head. It’s point of view was literally a world turned upside-down. I spent the next month working 16 and 18 hour days to complete this project and had the help of the excellent staff at Cartasia. At the beginning of July mine and 6 other cardboard and paper artworks were put on display outdoors in the walled medieval city of Lucca.

The end of this month concludes the competition and sometime after that a winner will be announced. Voting is possible on the website and I encourage you and Recyclart readers to participate in the vote. Naturally I would love to win the competition but every artist in the competition has produced a remarkable piece of art and is deserving of recognition. This was a profoundly transformative experience for me and I am deeply grateful to have had this opportunity and it all started with your website. Thank you. Sincerely Mykl Wells

Is there anyone else who had experience like Mykl thanks to RecyclArt.org ? Tell us ! 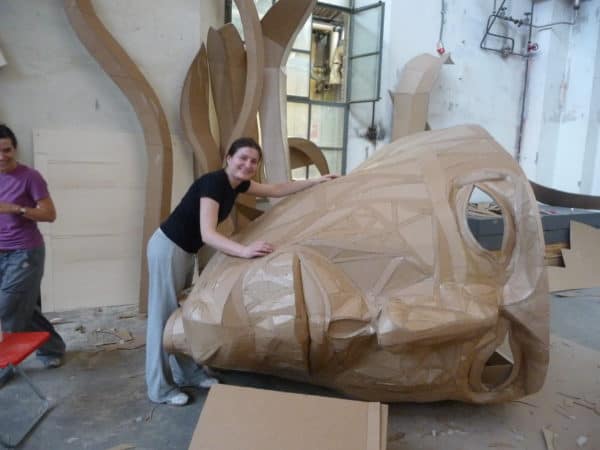 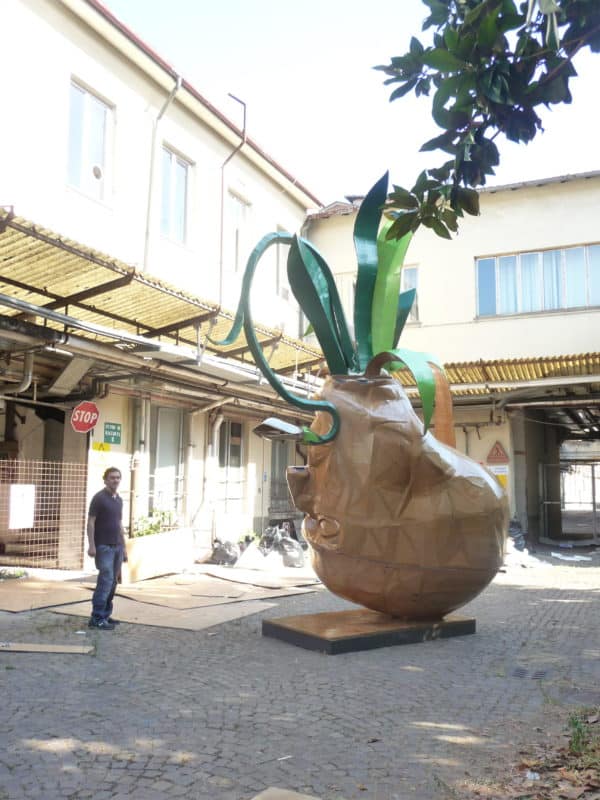 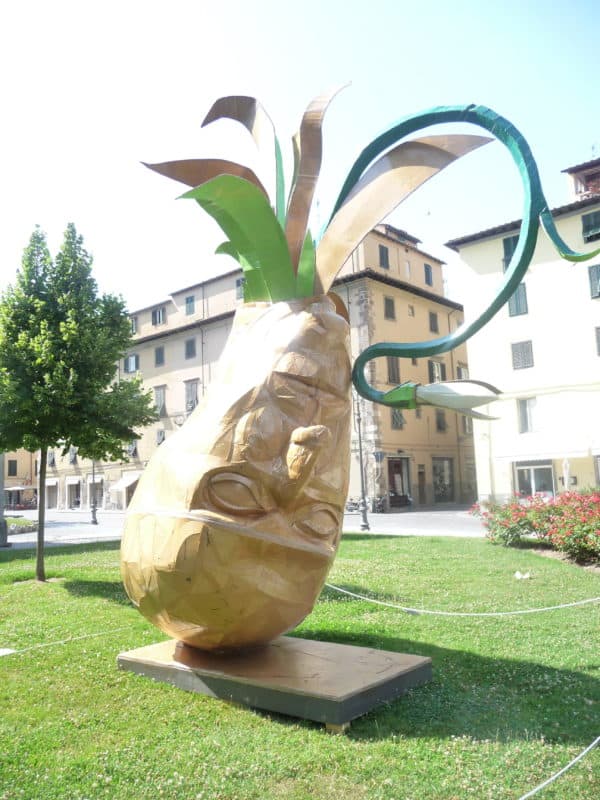 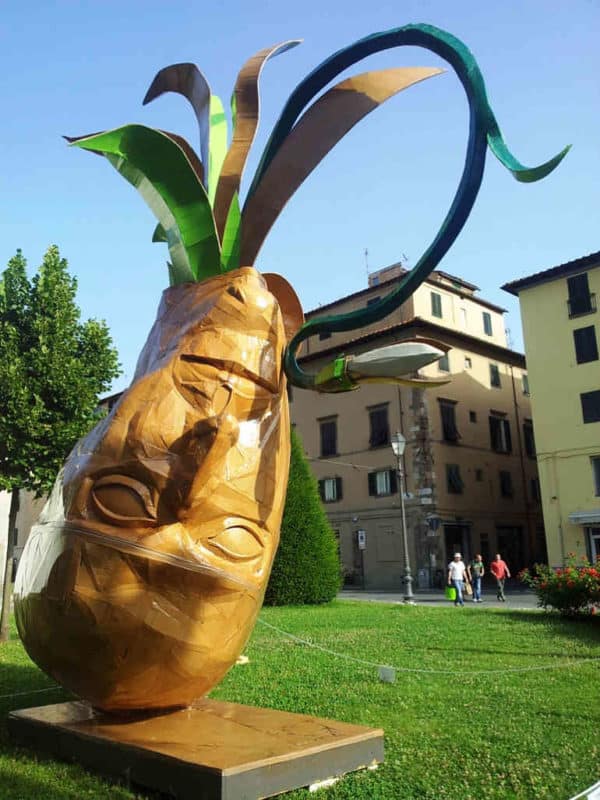 Thanks recyclArt.org for turning Mykl on to this adventure. It is an amazing accomplishment and we are so proud of him.
Lorna Wells AKA Mom

G.R.I.T.S. Gardening (Girls Raised In The South) via Facebook

Dear Mykl,
Thanks for your nice words,
I’m glad I found Recyclart of Chimera, I imagined it in one of the squares of Lucca, and he guessed that you could participate in Cartasia. For me the experience of the most beautiful and intense, and exciting that an artist could try. Magic get to know you, because everything is possible. “Snodroop” is an amazing sculpture, one of the most beautiful ever seen in Cartasia
thanks to Recyclart, thanks Cartasia.
Sorry for my English!

“the woman of cardboard” ….. alessandra

Just a little follow up. Snowdrop won the competition. The prize money will be used to support a series of workshops I’ll be running this fall for Tucson’s All Souls Procession. Thank you for all the help and support!

Congratulation Mykl !! Do not hesitate to send us the results of your next workshops, we will be happy to feature them on Recyclart !