The Carton Rapid Race is a derivation canonistic race, where the participants have to build their boats using corrugated cardboard and tape.

The Carton Rapid Race takes place annually in the Piedmont (Italy) during the first weekend of July and is attended by over 15,000 people. The first edition was held in 1991, on the river Orco, in Cuorgnè (Italy). Since 1994 is held on the river Ripa, Regione Sotto la Rocca, Oulx, in Cesana Torinese.

To participate, the rules are strict:

The race length, variable from year to year according to the conditions and within the reach of the river, is approximately 300 meters. The difficulty until 2008 remained between the first and second level of the WW scale. Since 2009 it rose to II / III level WW, including technical barriers specially constructed.

After the race, all the boats are collected to be properly recycled. Participants are required to participate in the collection.

Are you ready to try? You have approximately one year to design your boat for the next race. :) 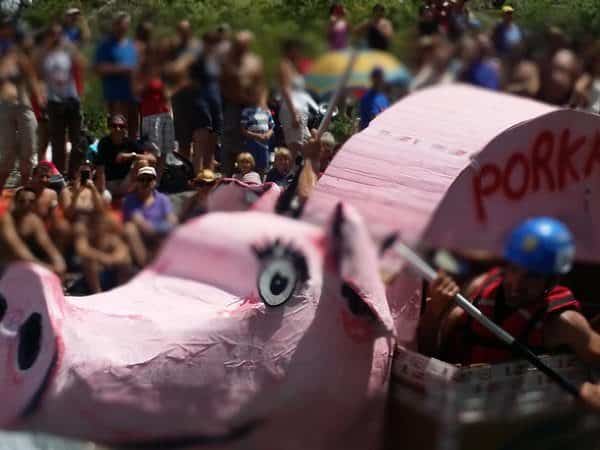 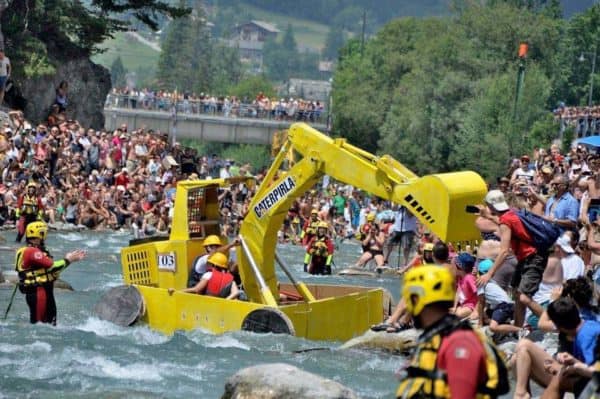 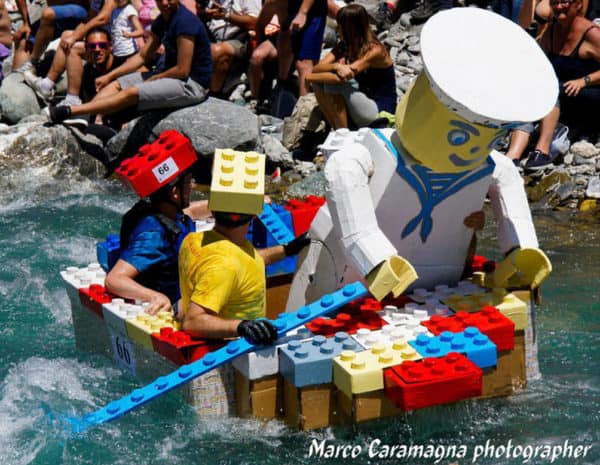 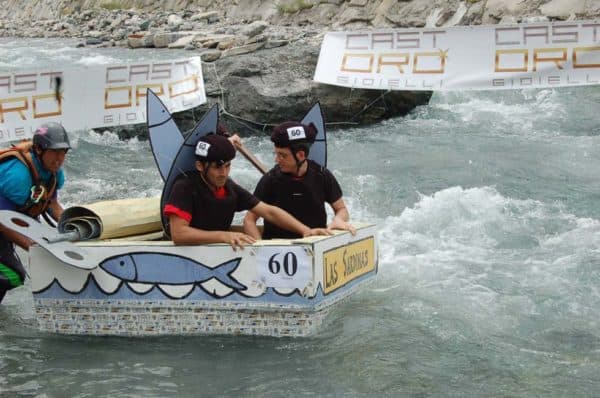 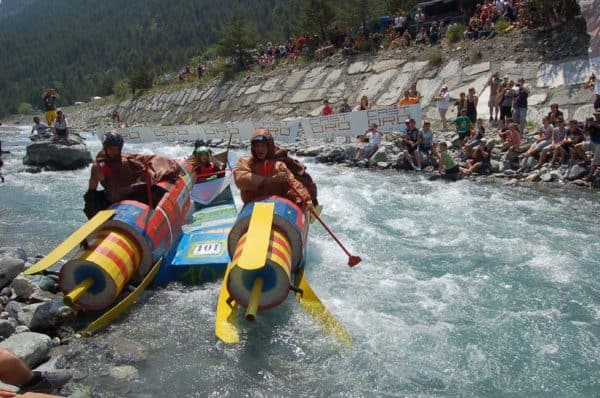 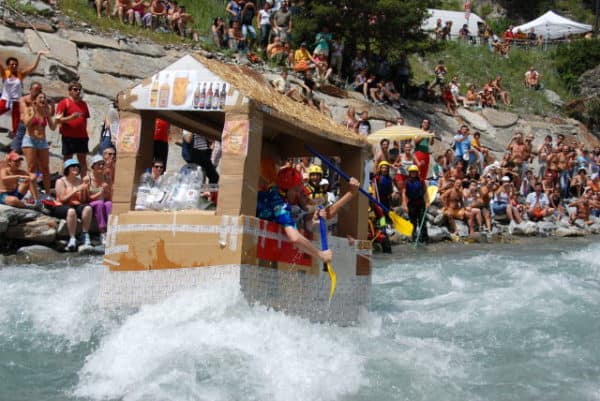 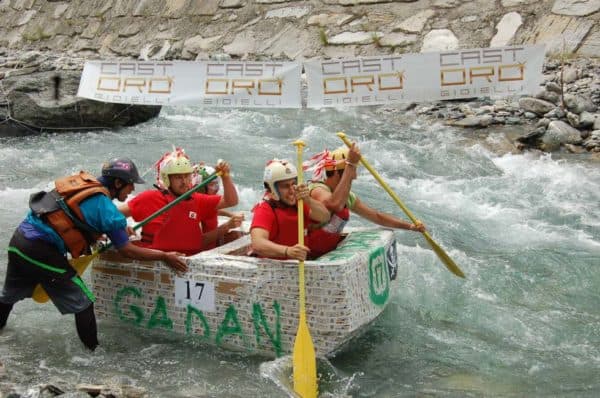 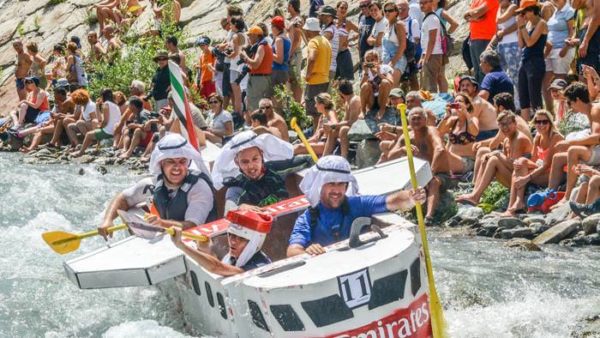 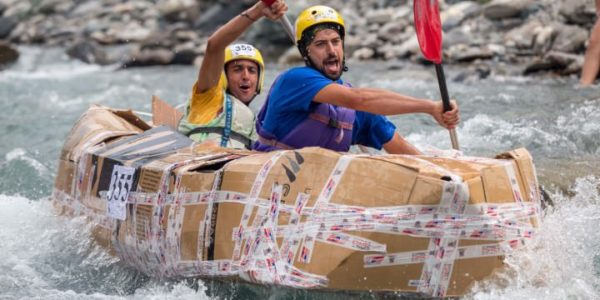 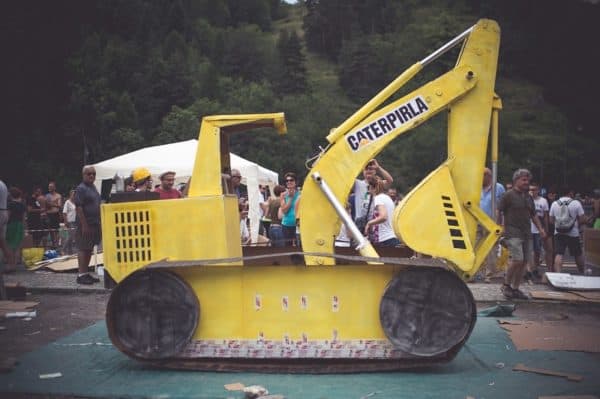 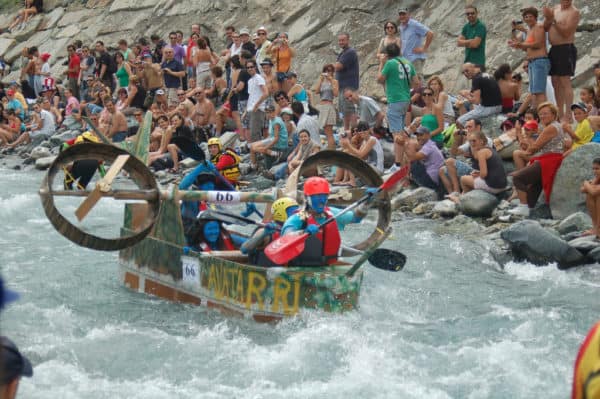 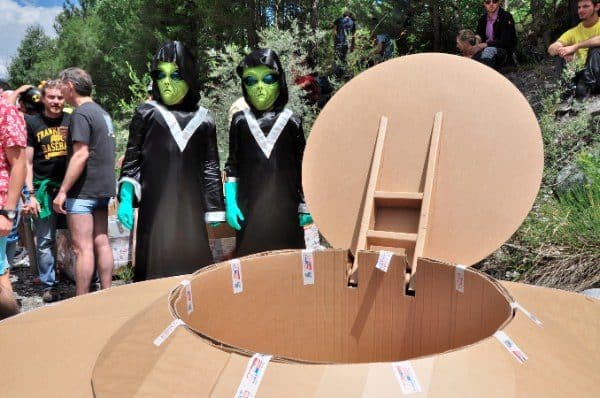 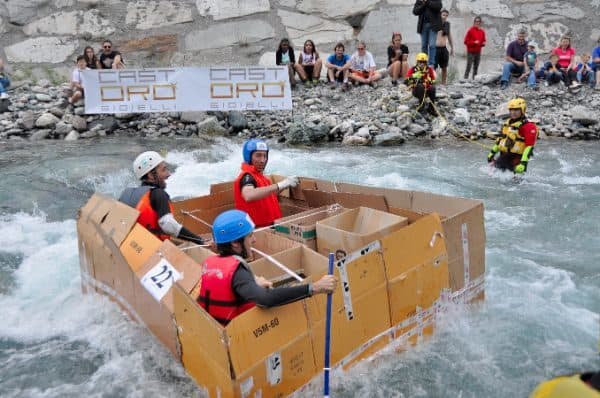 I’m not riding in no card board box