I received a brief for one of the most exciting personal projects I have had to date- to design sets for a fashion show at Melbourne’s Federation Square for Moral Fair Ground. The fashion show was curated and organised by the wonderful Leeyong Soo and Fabia Pryor. The clothes were fair trade, sustainable and beautiful and they needed a runway to match!
There were several limitations to the design brief- these limitations included:

The set design was based on a traditional Japanese textile pattern that was workshopped with the fashion show’s curators and used a green and brown colour palatte that remained in line with the show’s branding and aesthetic. It required many hours (and several kind helpers) to cut, glue and stitch the massive backdrop in time for the show, but we made it and the result was very exciting to see up on the big stage. After the show, the sets were donated to the team at Savers to be used for visual merchandising, meaning the the project was able to live on long after the event occurred, a truly sustainable outcome! 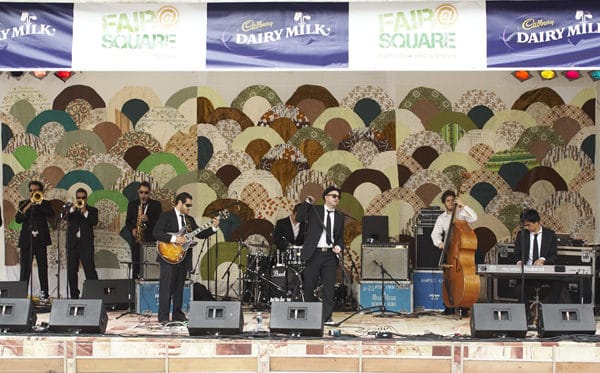 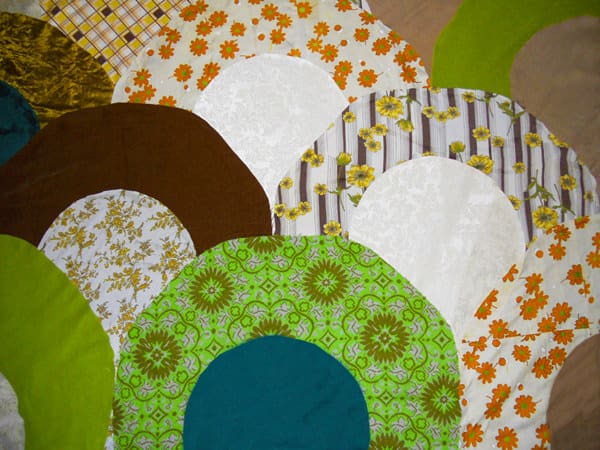 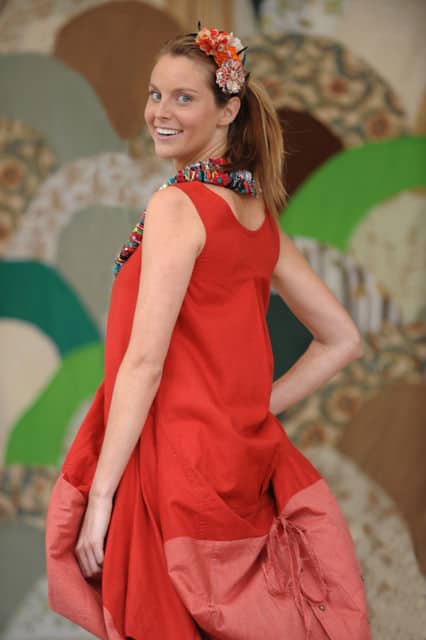