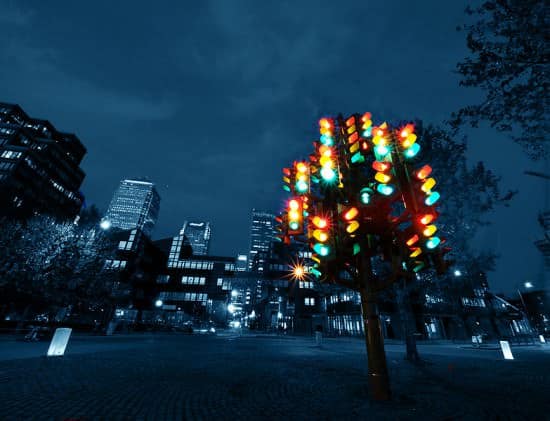 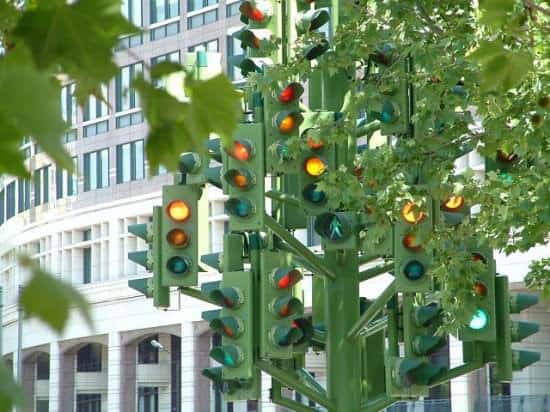 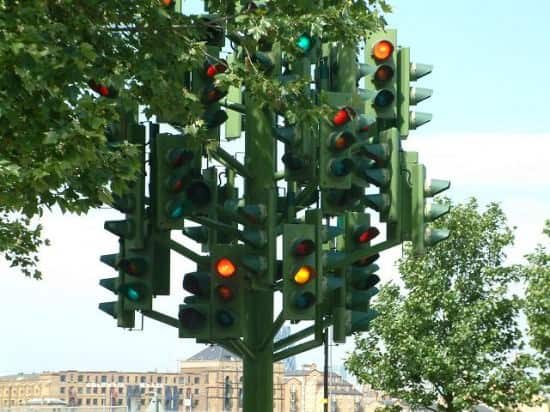 The Traffic Light tree was created by French sculptor Pierre Vivant following a competition run by the Public Art Commissions Agency. It is situated on a roundabout near Canary Wharf, at the junctions of Heron Quay Bank, Marsh Wall and Westferry Road, in one of London’s financial districts. In 2005, Saga Motor Insurance commissioned a survey asking British motorists about the best and worst roundabouts in the country. The Traffic Light tree was the clear favourite, with it’s 8 metres tall and containing 75 sets of lights.