ARENA is a mobile interactive sound sculpture by Berlin-based artist Benoît Maubrey. ARENA is conceived in the shape of a small amphitheater, constructed with 320 recycled loudspeakers. The sculpture can function both as a mobile “Speakers Corner” — a “hotspot” for local participation and self-expression but also as a stage for small events and concerts.

The public, local artists, musicians, choral groups and organizations can participate by relaying songs and messages via Bluetooth and individual Smartphones, or by connecting their devices and instruments via a direct “line in.” Additionally ARENA can be used as a PA system for events, DJs, and small concerts. The volume is controllable via a mixing board, individual amplifiers, and receivers situated in a small storage space nearby.

ARENA was constructed at Lot 42 in Kitchener and will debut at the True North Waterloo conference in May and installed in Carl Zehr Square at the Kitchener City Hall, Canada, during the CAFKA biennial in May and June 2018.

The sculpture is transportable via 33’ flatbed truck.

The public can interact with ARENA in three ways: 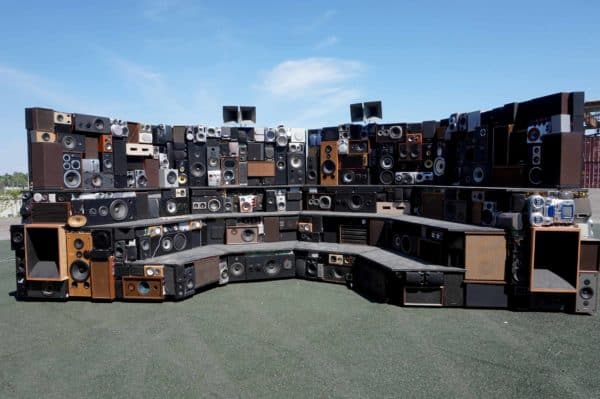 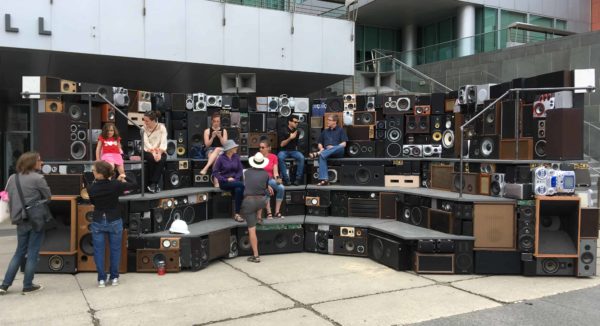 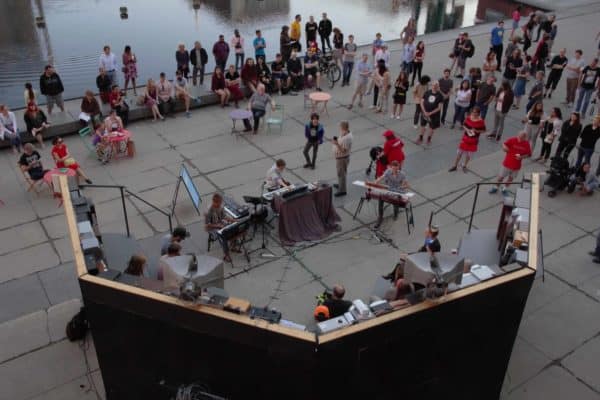 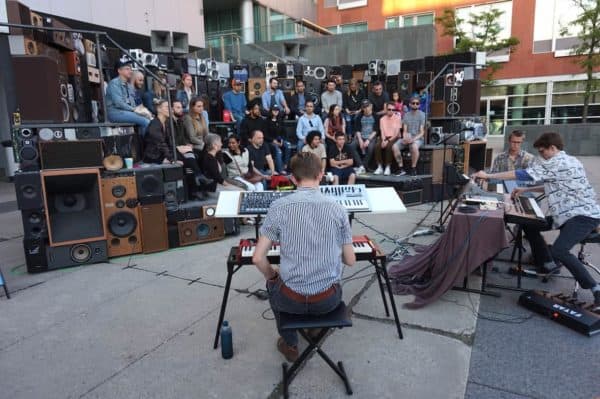 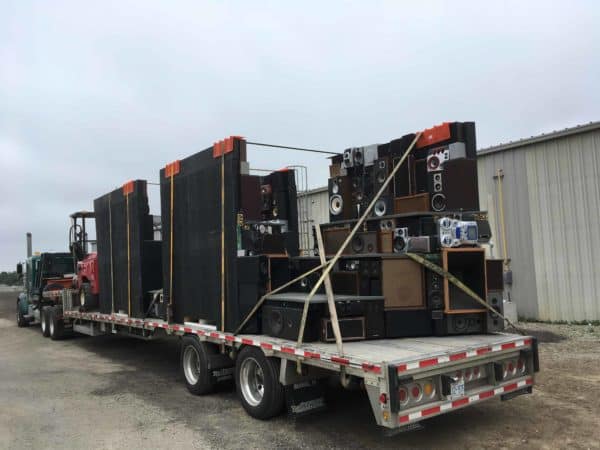