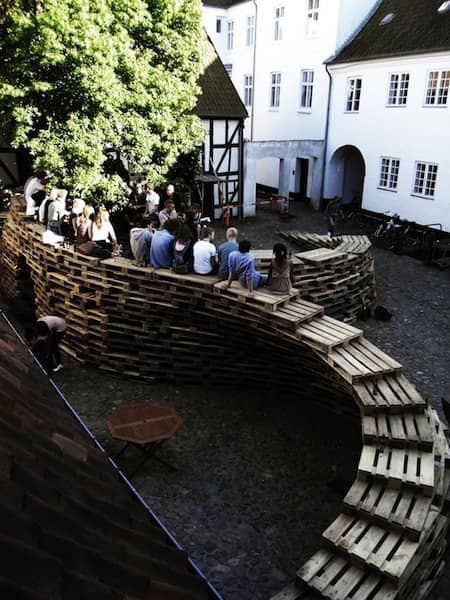 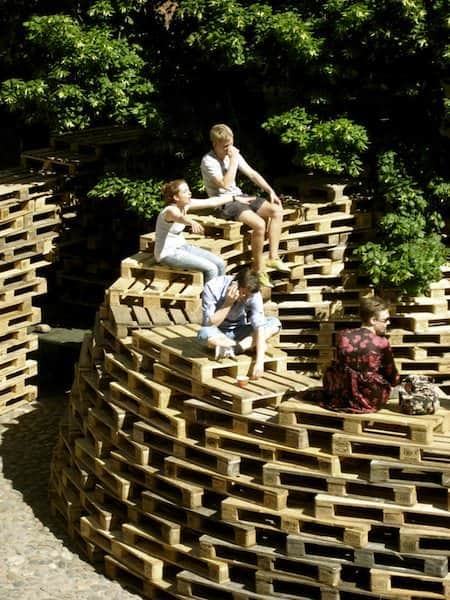 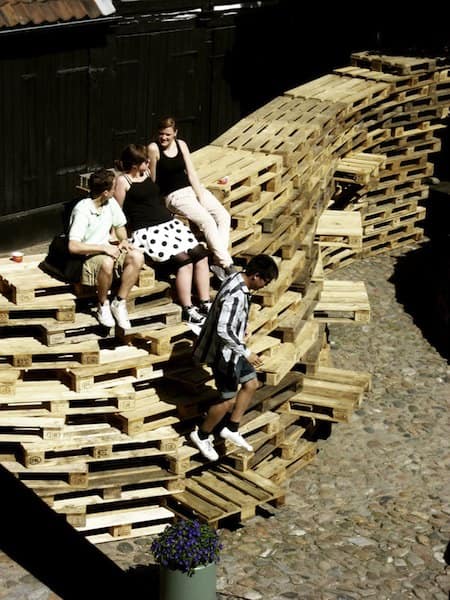 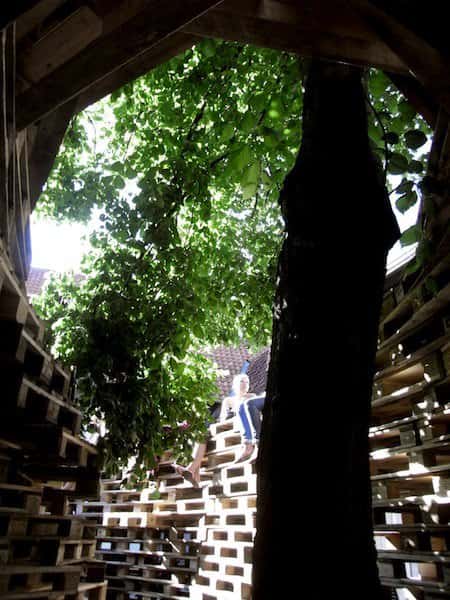 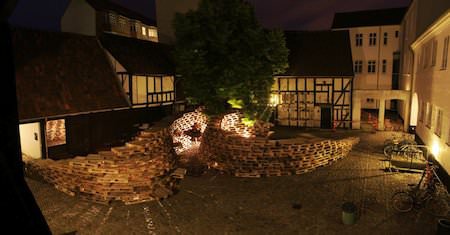 Students of Aarhus architecture school in Denmark made this temporary pavillon made of wooden pallets.

« This project was designed and built by 9 exchange students in the Aarhus School of Architecture, during a ten-days workshop in June 2010. The pavilion was standing in the main courtyard of the school for one week before being dismantled.

Made of 420 overlapped pallets, the pavilion was basically a strip interacting with its context. A tree, a table and its bench, flows of people and daylight, were the main elements which impacted on the pavilion’s shape. The “strip” was leading people to use a different way of crossing the courtyard, by walking and sitting up to 3.50m high. Then, by curving the strip to link and adapt to each element, many steps were naturally created between the pallets, allowing people to sit in the sun, like on a terrace.

The Pavilion was meant to become an active element in the everyday-life of the school, and not to be only an object. By adapting naturally to the original flow of people crossing the courtyard, it was inviting people to interact with the structure and to follow the strip to come inside a shelter, built all around the tree. Inside, up to 20 people could easily stand and sit down, being totally covered by the pallets. Sunlight was going through the thickness of the strip, creating a calm and cosy atmosphere, insulated from the external heat.

The structure is made by stacking pallets, set in the same direction. Some of them were set perpendicularly, in cantilever, to create steps going out of the structure, allowing people to climb easily over the structure, or to sit down, feet in the air. By being built with nothing else but pallets, easily reachable on the site by the closeness of the harbour, the pavilion was basically a short-living vernacular architecture. »

This is really awesome…why wasn’t it able to stay up?

This is brilliant!! I love it! I am so inspired.. watch out pallet yards…:)

This is brilliant!! I love it! I am so inspired.. watch out pallet yards…:)