A “greener” future, in which recycled paper and cardboard are used not only to create art but also to build habitable structures. Is this really possible?

The promoters of Cartasia – Lucca Biennale (in Lucca until September 27th) certainly believe so and with the presentation of the architectural structure built by students and professors from the Faculty of Architecture of the University of Tongji (Shanghai) symbolically launched a new section of the biennial, which will be developed over the next editions: a section entirely dedicated to architecture, studies, research and projects that see paper and cardboard as protagonists of new housing solutions.

Three futuristic cardboard domes, contemporary interpretation of the ancient “tings”, traditional public kiosks where the Chinese wayfarers could stop and rest. To the oriental tradition, however, the students from Tongji University and their professors, arrived in Lucca specifically to realize this structure, the result of their studies on the applicability of cardboard in architecture, integrating their work with Roman traditions, adopting the arch to guarantee stability.

The architectural structure was inaugurated over the past few days, in the presence of Yan Jinlin, the consul of the People’s Republic of China, accompanied by the president of the Confucius Institute of the University of Florence, Silvia Scaramuzzi. The construction was completed in just over a week by 11 students and two faculty members of the university based in Shanghai, as proof of the practicality and versatility of cardboard as a building material.

The structure measures 8 meters in length and 5 in width. At the highest point, the construction reaches 2.5 meters in height and consists of three communicating rooms, three domes entirely made of recycled cardboard that intertwine, creating an alternation of open spaces and hidden corners that can accommodate extra people. A number of plexiglass panels, replacing cardboard elements, provide brightness to environments.

The project is the result of a collaboration developed with patience by the organizers of the Lucca Biennale and the Chinese university. China is indeed the first host country of the Biennale, historically linked to Lucca through the red thread of paper production. 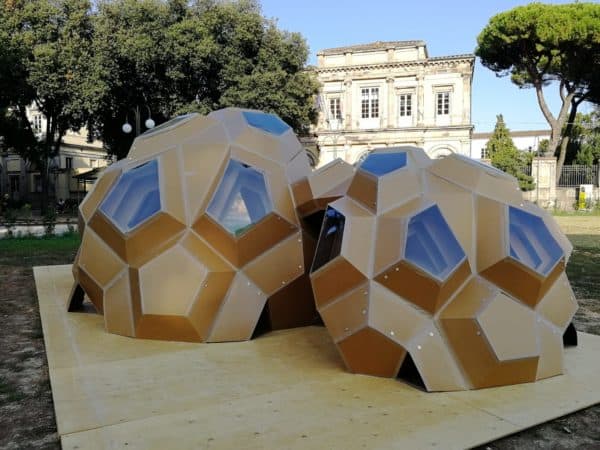 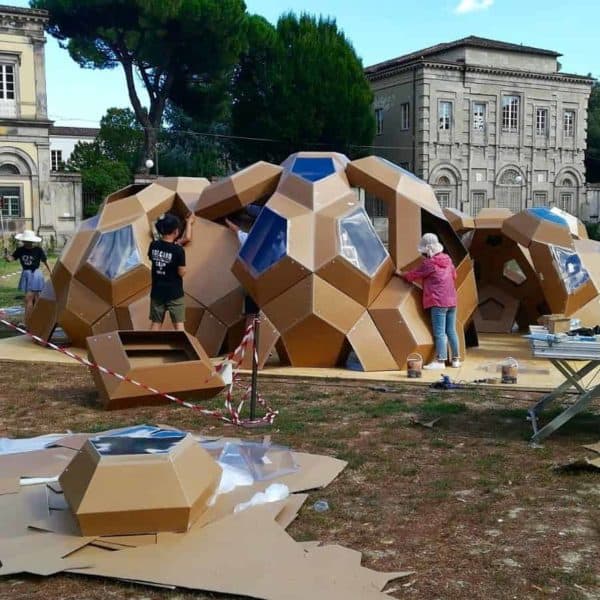 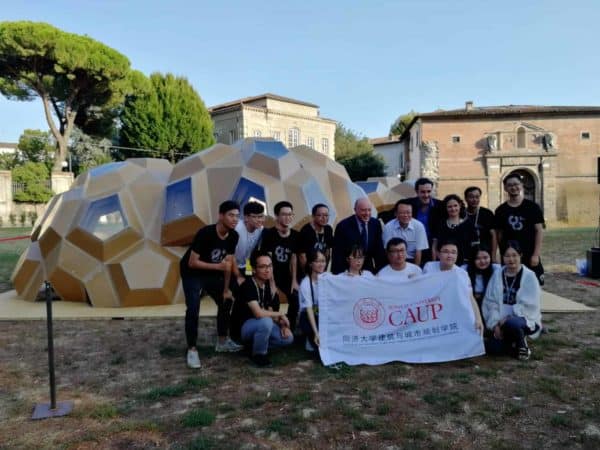