My father in law has a scrap metal pile out in the woods and he has many, many license plates saved. He let me use some of them for this project. I suspect you could probably get some old license plates off Ebay or from a flea market. This project was cheap and easy. Let me show you how to cover a wall with license plates.

To start the license plate wall I selected my license plates and gave them a good scrub in the sink. I decided that I didn’t need to put plates up on the wall behind the chalkboard or the shoe cabinet since those areas would not be seen. I traced the chalkboard so I knew how far in from the walls and how far above and below the chalkboard I would need to put the plates. Then I screwed them in. I used a level to make sure they would be installed straight and my drill with the screw driver bit attached.

For my first attempt at this project, I tried using silver tacks. They did not work because the pin was not long enough and they popped right out of the wall. I scrounged around for screws in our tool supplies and found enough to secure all the plates.

I recommend staggering the plates like you would with a subway tile back splash. I think it looks nicer than if the plates were squared up. You will need to cut some of the license plates. I used snips meant for aluminum that I got from Lowe’s. They are pretty heavy-duty but they got the job done well. Simply measure and mark on the plates where you need to make your cuts and use the snips like a pair of scissors. 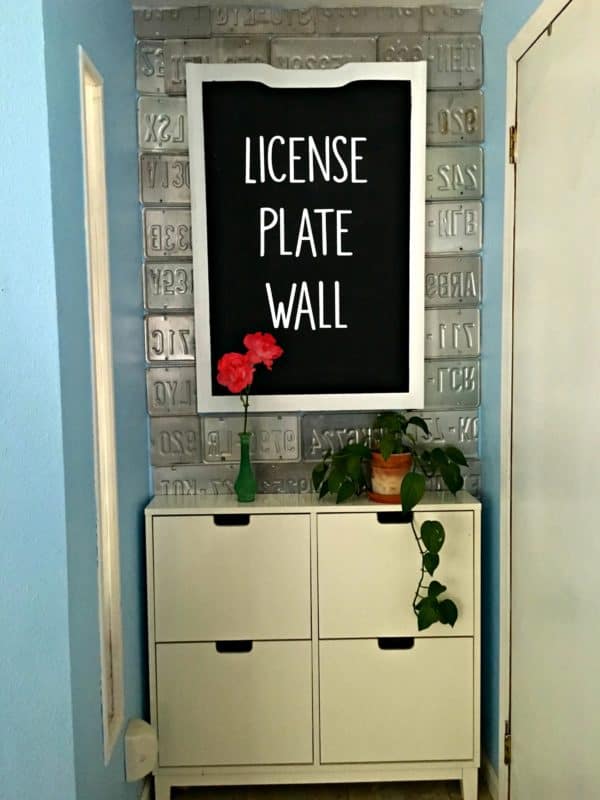 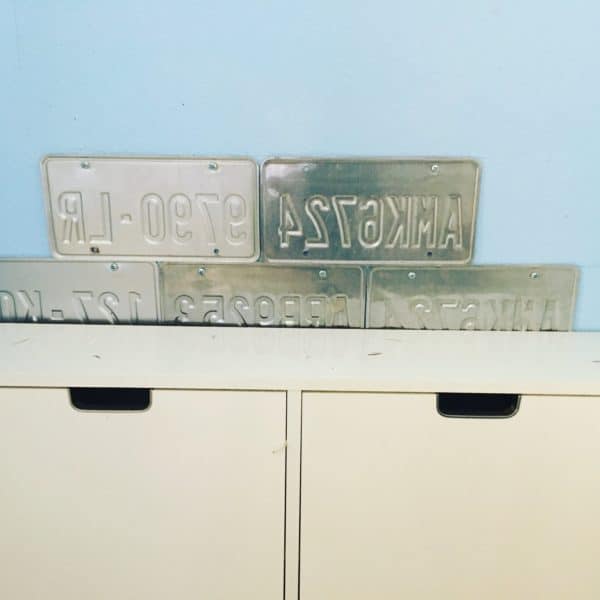 What To Do With Old Bricks? Here are 14 Ways To Reuse Them In Your Garden1K Total Shares