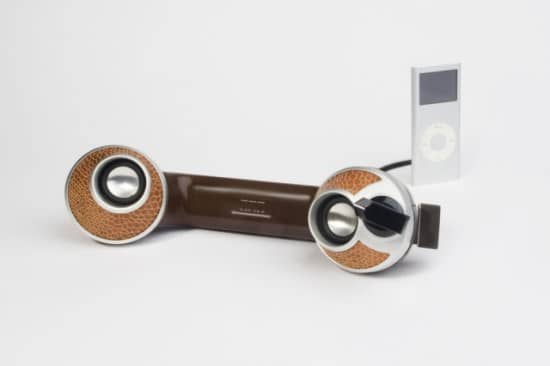 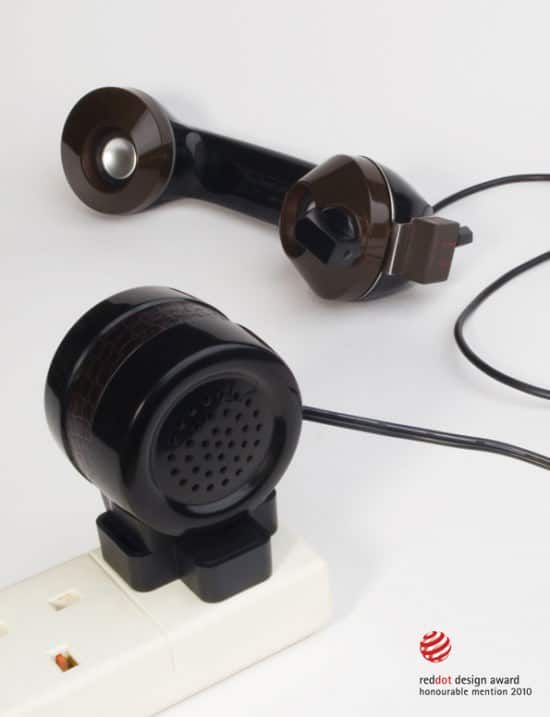 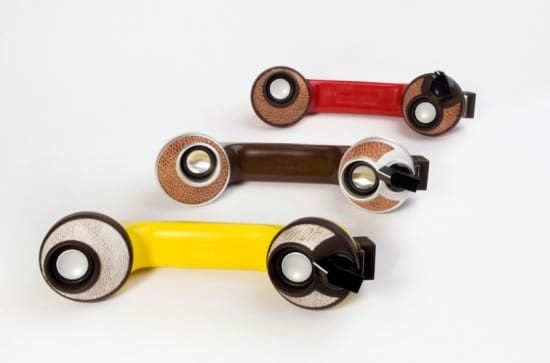 Henry Dreyfuss was a fellow industrial designer and quite famous in his own right. His most enduring design is a series of wonderful phones used the world over for 50 years. Unfortunately, these phones are made of Bakelite, a material that is so strong that it never biodegrades. Ever. There are landfills filled with mountains of these phones.

Jinsop Lee and Justin Kim decided to re-use the handset of these phones, but instead of designing the handset as a new phone (which Jinsop already tried in university) they went ahead and redesigned the handsets to be used as a stereo speaker system for MP3 players. Thus, the younger generation will get to use a product that was once used by their parents and grandparents. As an added bonus, the speakers sound brilliant. 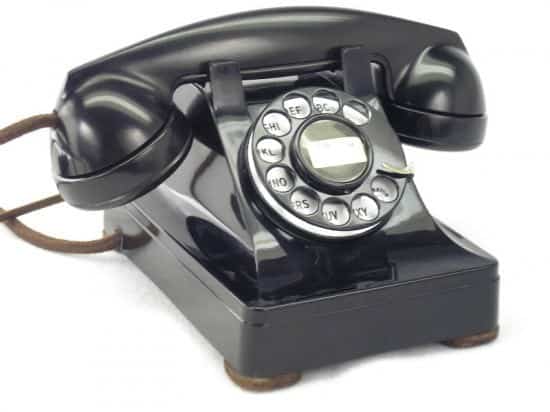 Here is the old Dreyfus phone