Why ‘lost’ you may be wondering…

Few years back, at the Alliance Française, I was trying to explain (rather retardedly in French) to one of the French teachers there, the project i had been working on, the past couple of months. (I had been collecting the refuse tea from a tea restaurant called Infinitea in Bangalore, to make works that could be later exhibited in his establishment). In his trying to understand what I had said to him, he related it to something that was very familiar to him, ‘Pain Perdu ’. Literally translated as ‘Lost Bread ’, which is what we know to be as French Toast.

He further went on to explain that the bread that was made a long while back in France, lasted for just for a day before it became hard, crunchy and stale (lost). He described how that for the people to get over this, what they’d do is make it soft by dipping it in a mixture of eggs and milk to fry it into golden brown chunks (slices in American and English cultures).

The more I tried researching about it, the more I realised that each country has their own method of preparation and they all call it by different names. Even the history of ‘French Toast’ may not necessarily belong to the French.

Nevertheless, just the idea of something ready to be thrown away (the abject quality) and it being given second breath to be something different, was what captured me. That people had found a way to waste less bread by preparing it differently.

Talking to my dad about it reminded him of an Arabic desert item he loves called ‘Um Ali’.

My mind kept revolving around the idea that the bread was once ‘lost’ and now reborn. The usage of language to imply history through the word ‘Perdu’ (lost), was an idea I found too appealing to let go of.

The more I thought about it, the more I could relate to what I was doing with the tea leaves. They too, every evening get chucked away in large garbage bags where they will find their way into lorries, the next morning, that lift them away. Instead, the ‘Teamen’ (as they are called) collected them for me, where i took the leaves and powder back home to dry and stored them to see what would happen over time (eventually to glue them into forms and frame them for display).

But it just wasn’t a simple matter of collecting, drying, storing, pasting and displaying.

Observing its daily decay and experimenting were where the fun laid for me. 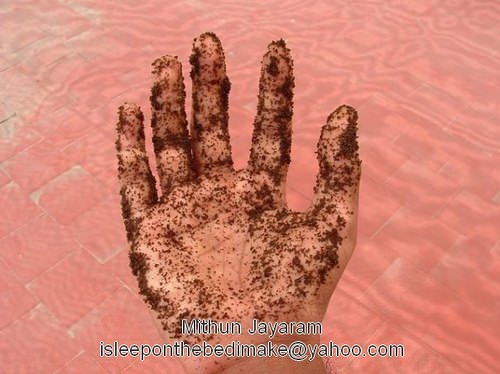 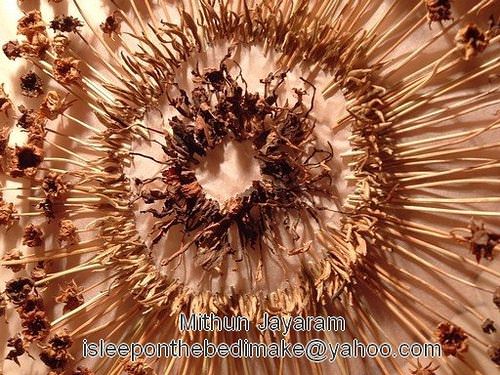 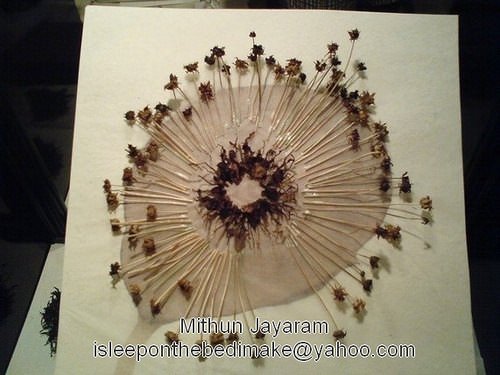 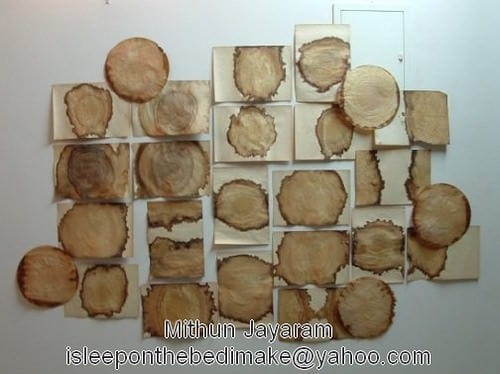 This remind i have lot of this …