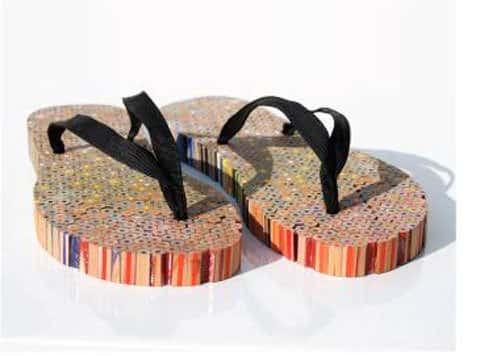 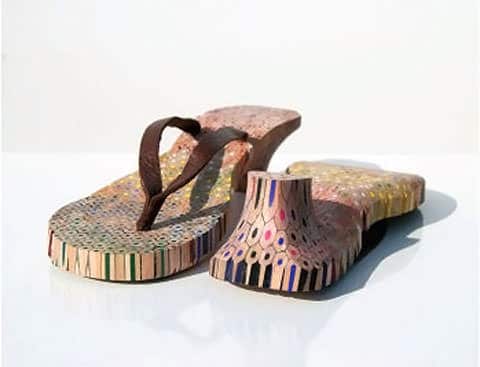 Lauren Milroy recently graduated with a MS in Design from Stanford University. Before Stanford she attended the University of Southern California, where she received a BS in Mechanical Engineering. She worked for several years as lead engineer in the aerospace industry before leaving the technical to focus on her creative inclinations at Stanford. She is currently interested in the relationship between people and the things they own — how do the objects we own define our identity?

You should make pencil shoes with erasers on them for comfort.

Unfortunately they leave pencil marks everywhere you walk, and you should see the 70’s like mood changing lines that are created if you drag your feet!
K.C.

Retro, cool, stylish… I just have to have these sandals :)

Please, may I have these sandals… it is my birthday today and in line with “how do the objects we own define our identity?”, I am an artist and these would be just perfect!

Also, in regard to Kay Cee’s comment about their unfortunate habit of leaving marks; I think this actually could be a plus… new artworks created, through dance, movement… murals of expression!

Please may I have them… Pretty Please with a cherry on top?!

These are just adorable! I absolutely love this site, just happened to stumble on it today! I love art and I am a new Recyclart fanatic!

Thank you Shannon, hope you will find interesting idea here ! ;)

Be careful, if you trip you might break your lead

in India any article,paper,pencil books cannot even touch your feet..they are means of learning..and worshipped…