Repurposed Wood To Build Giant Root You Can Explore

The work of Henrique Oliveira can be viewed in many locations around the world, from Washington DC to Sao Paulo, Brazil, where he lives and works. 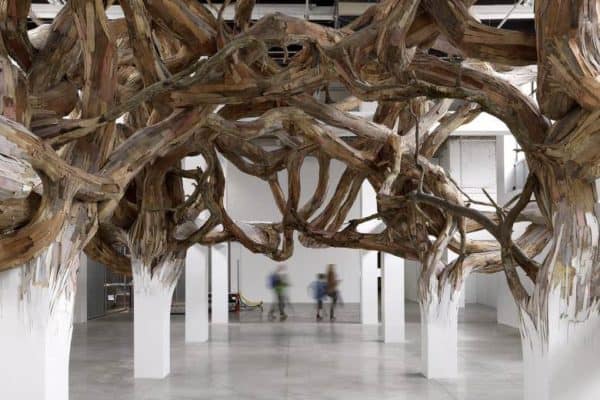 His last work can be seen in the Palais de Tokyo, Paris (picture above) where pillars are transformed into roots. But one of most elaborate displays is known as“ Transarquitetonica”. For this masterpiece he used recycled wood to build a network of tree roots that fill an entire room. The best part is that you can actually walk through the display to explore the re-created tree from the inside out. 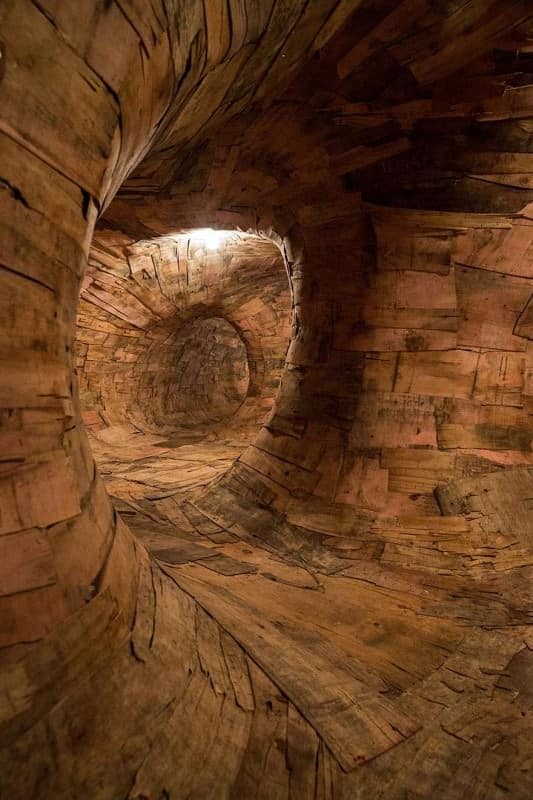 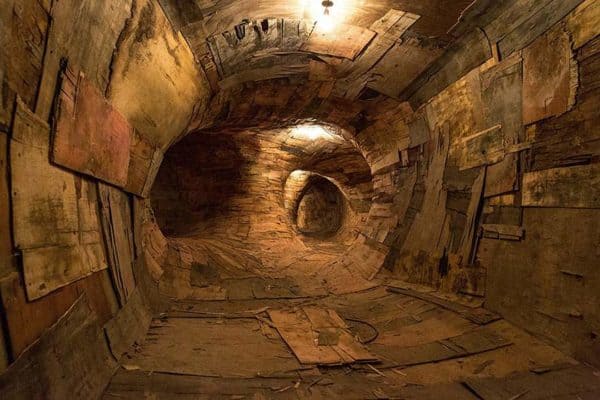 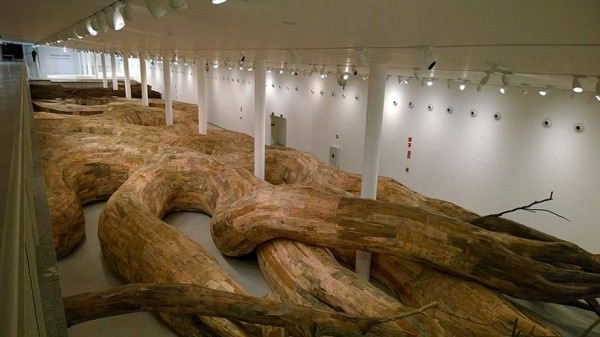 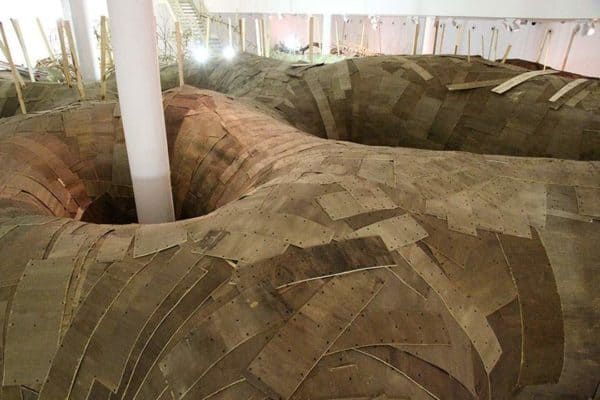 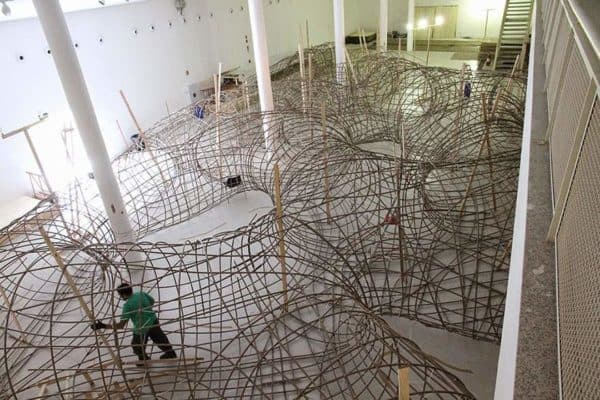 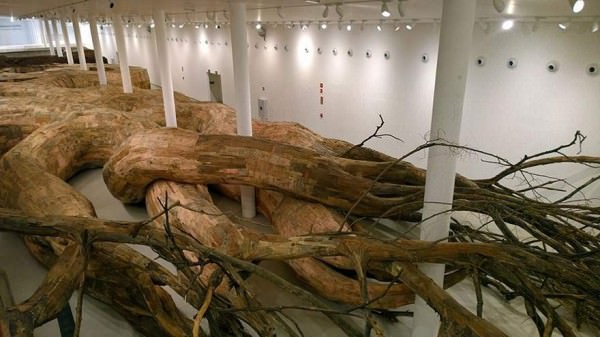 Wood originates from trees, but once used to make homes, paper, and other materials wood losses its natural appearance. Oliveira’s goal according to him is to take wood that has been “…used by society and discharged. And I take it back and I rebuild forms there again, creating true nature forms.” He goes on to explain that it’s all about bringing the natural form of the wood back to life again.

He became especially interested in what is known as tapumes wood, a type of wood that is recycled and broken down into geometric shapes for construction purposes. Each unique strip of tapumes wood has a dynamic design all its own, within which Oliveira sees a world of textures and stories.

You can witness Transarquitetonica with your own eyes until the end of November 2014 at the Musea de Arte Contemporanea da Universidade in Sao Paulo.