Russel Neswick has been building his concrete reef for the past 15 years. He uses garbage, concrete, and found objects to create sea creatures that exist in the ocean and in his imagination. The most amazing aspect of his art is that he isn’t trained, its just something he started after he retired from being a lawyer. He doesn’t know how many statues hes made over the years, but his reef is over two acres and even though hes 83 years old he goes though 300 lbs of concrete a week! 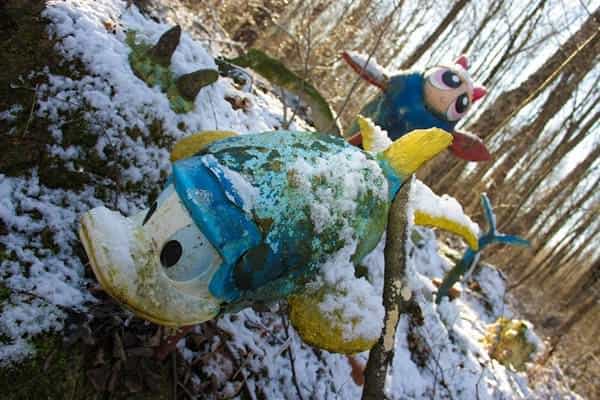 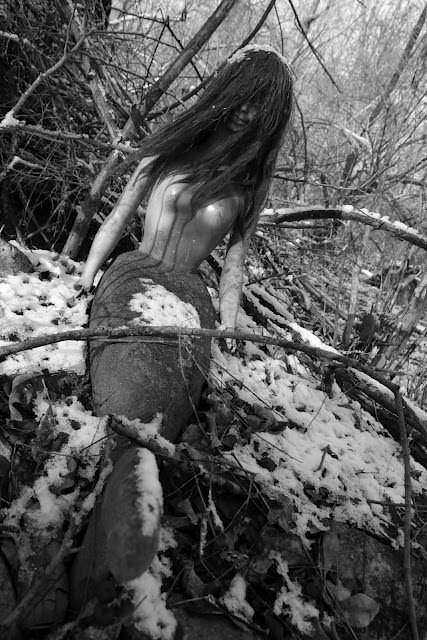 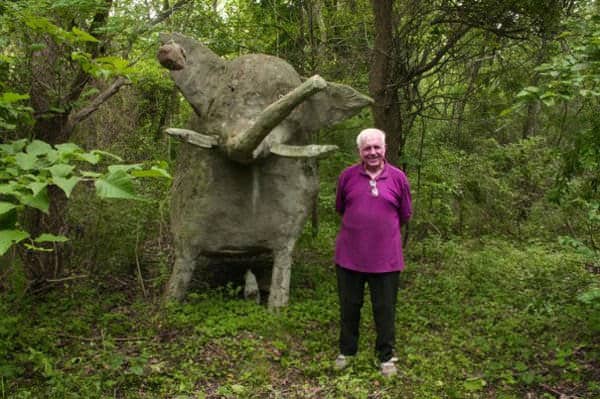