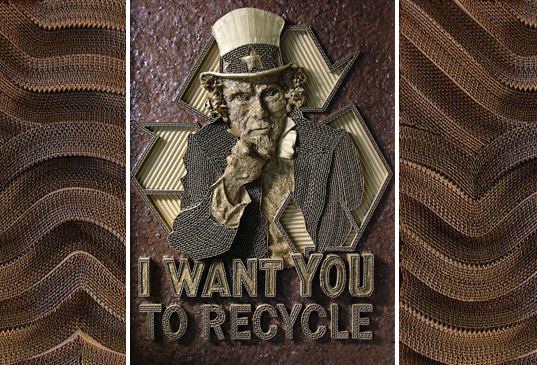 Mark Langan is an Artist who resides from the Cleveland, Ohio suburb of Brunswick Hills.  Well versed and adept with numerous artistic mediums, he has concentrated his focus since the year 2004 by working strictly with a reclaimed material.  A rather unlikely choice for which he creates fantastic sculptural works using nothing more than mere corrugated boxes, non-toxic glue, a razor knife, a cutting edge and mat.  Artwork that is intriguing and unique because of its composition but also cries out making the visual statement…reduce, reuse, recycle!

I love this cardboard art I wish one of the artist would write a step by step book and take us through each step. PLEASE!!!!!!!!!!!!