My friend sent me a Ducati ST4 frame and asked “What can you I do with it?”. I let the frame set on my office floor a few days pondering what to do with it. I need a donor frame for a project I want to do, but now isn’t a good time for me to be starting a major new bike project. I could just save the frame for a few months, but it’d kind of bulky to store in my workshop. Then it hit me…

All I really want from the frame is the head-tube and connecting tubes (birdcage). Then I should recycle the rest of frame. A scrape yard is no place for a Ducati frame, so then it became a mission to find a use for the frame, if not for a motorcycle, re-tasked into something worthy of being made from a retired Ducati frame.

After drawling up a few ideals, which included some kind of yard art, a rose trellis, possibly a coffee table or a patio table. But then I came up with the ideal of a “lamp“. Not just a simple lamp, but a majestic floor lamp. With the tail towering straight up into the air!

The first step was to straightening out the “L” shaped from. I cut the frame at the crossover point, between the engine mounts. Then rewedded the tubes flat, visually looking like there continous and filled in the gaps.

I was thinking round base plate, but I was offered an old plow shear that just was to good to pass up. The shear is round and domed, plus being cast iron was very heavy, which will make the lamp more stable. I then welded the frame to the plow shear and we had a tower! After making a few strategically placed drill holes the tower was off to the powder coasters.

I snaked the power cord into a hole in the base then feed it through a hole under the back left tube. After several hours of cursing and trying to get the cord to the top of the tube I had it. I wanted to put the lamp post in the center of the rear frame plate, which now it the top flat edge of the lamp. So to hide the cord as it comes out of the tube and loops under to go into the lamp post, I sheathed it in an aluminum tube mesh and shrink wrapped both ends.

I have a custom black leather lamp shade made by a company called “Fenchel Shades”. It comes down over the top of the lamp and hides most of the top wiring. I then polished up the old shock pivot and placed it back on the lamp to add some contrast. I also placed about a dozed polished bolts down the sides of the frame, in there original mounting holes.

The last part of the lamp was the name plate. The lamp ended up with an approximate 4 x 6″ frame area in the upper part of the frame. Perfect for some kind of name plate or photo. The spot held a reservoir originally and had four connecting tabs with bolts already to go. I originally was going to just put a license plate there or possibly a polished aluminum plate with the DucCutters logo on it. Then I got the opportunity to use a engraving laser at one of my friends shops, so I went with a 1/2″ thick piece of plexiglass and laser engraved the DucCutters logo into it and panted the back of it black. The reflected light makes the logo look like it’s floating above the black (which turns out to be hard to photograph).

I put the finished lamp in my front room by my favorite motorcycle poster (1999 World SuperBike Lugena Seca Race) I had frame years before. I’m happy with the final results. An unique lamp and reminder of Ducati racing… 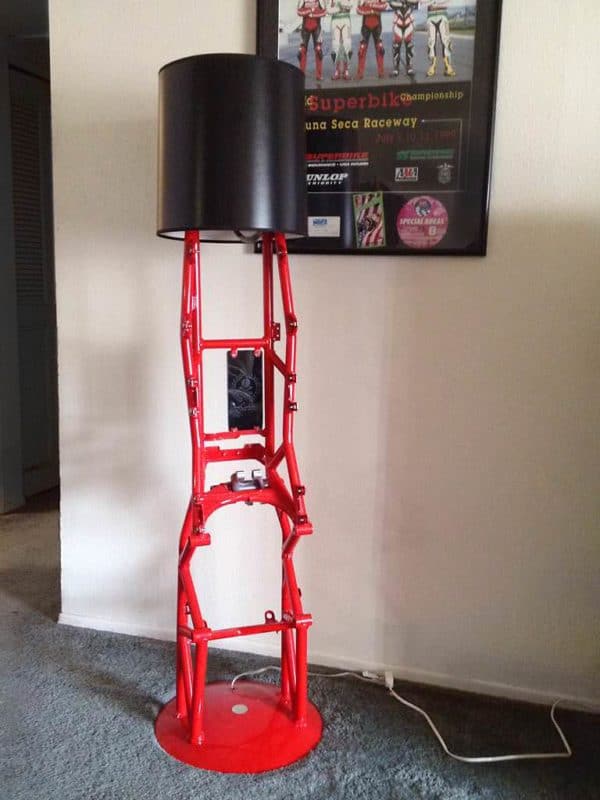 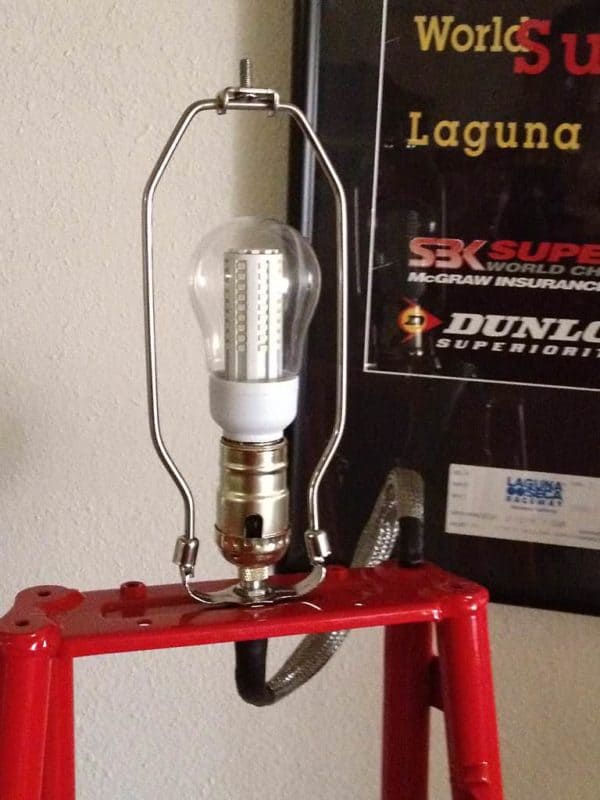 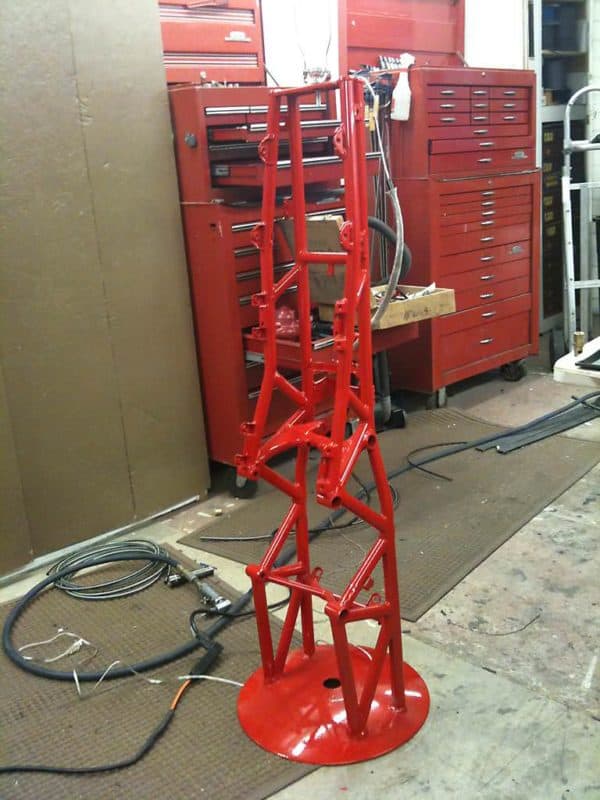 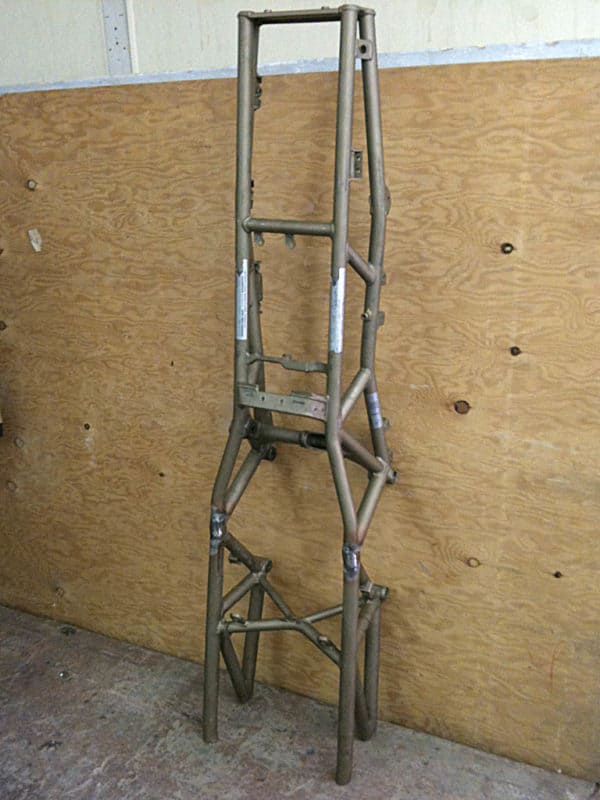 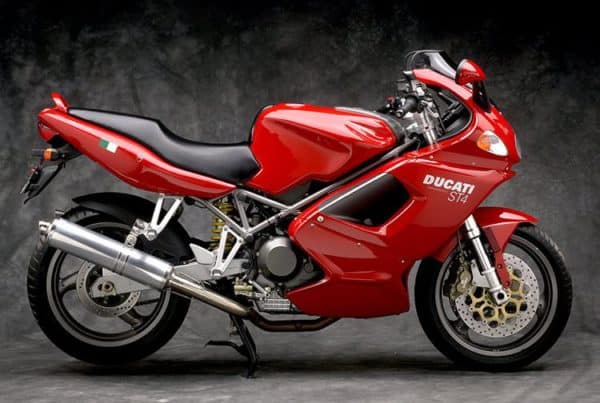