According to current estimates, as many as twenty million children are displaced by armed conflicts or human rights violations around the world. I have a strong affinity for these traumatized and abused children because when I was eleven years old, I was forced to flee my native Iran due to revolution there and live as an orphan in Sweden until I was reunited with my parents three years later. To me the plight of child soldiers and children abused as sex slaves escapes notice in the civilized word which causes me to question how civilized we really are. To me, these are invisible people.

I have struggled with my material to create images that are highly emotional. The three-dimensional shapes of the eyes, noses and mouths, the wrinkled clothing, and the shapes of the hands and arms, outlined with Sharpie-lines, are a result of my struggle with the cardboard to capture the empathy we would have for any enslaved people.

Although I do not consider myself a political person per se, my goal with “Invisible People” is to create moving artworks that bring up emotions of estrangement and anomie we all experience from time to time. 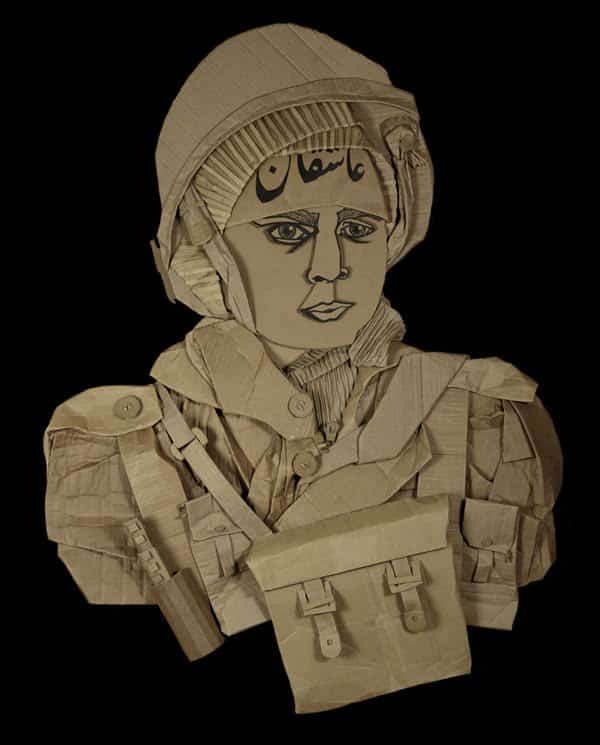 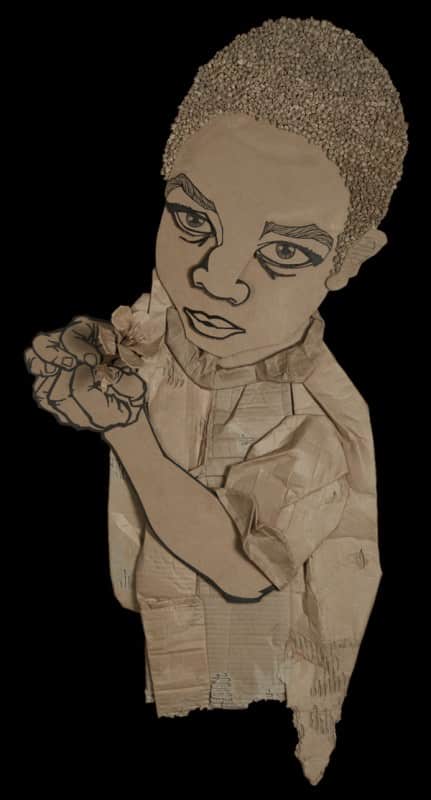 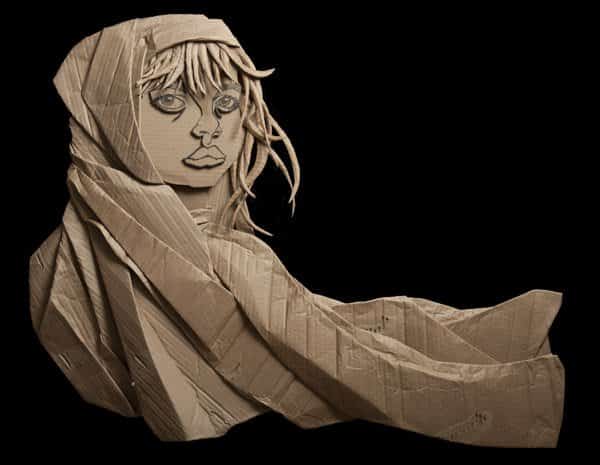 Beautiful.
Proud to be your little brother:)