I thought if it worth to make a post about it because of somewhat rough photos and that the whole thing is kind of on the developing stage. But I thought it’s not all that bad, and there’re some interesting ideas in there that I may not use in the final design… so I gave it a go.
Once in a while, I was thinking about what can I do with used glass bottles and came up with the idea of turning them into flasks by wrapping them in leather. And I made one. And I was not happy (the bottle in the first picture). Mainly because I used three pieces of leather that I cut into particular shapes to cover the surface of the bottle without overlapping, which is just not great because I’m not planning to work only with bottles of one manufacturer, and I can’t apply the same templates for all very at of shapes. So I came up with this idea where You need just one rectangular piece of leather (it can be done with other materials) and only two dimensions of a bottle. I’m planning to make a “how to” on the whole process in the future, and here I want to talk a little about the actual flasks I made on my first try. By the photos, you can see how it all works. The burgundy one on the left (the second photo) was the first one (I’ll tell about it in another post a little bit more). At first, I didn’t know what to do with the extra bits of leather on sides of the neck, so I just cut them off, which was not an excellent idea because it demolishes the conception of using one straight piece of material (base design). In the next two flasks, I’ve come up with better solutions (the brown one and the other brown one). Also, I tended to use cork stoppers because they give some additional character to the whole thing but eventual I turned back to the original aluminum caps because of reliability. They can be decorated too, and I’ll show you how I’m doing it.
Well, I think it’s all for now. There’ll be new posts on this topic and if you interested ask me your questions. 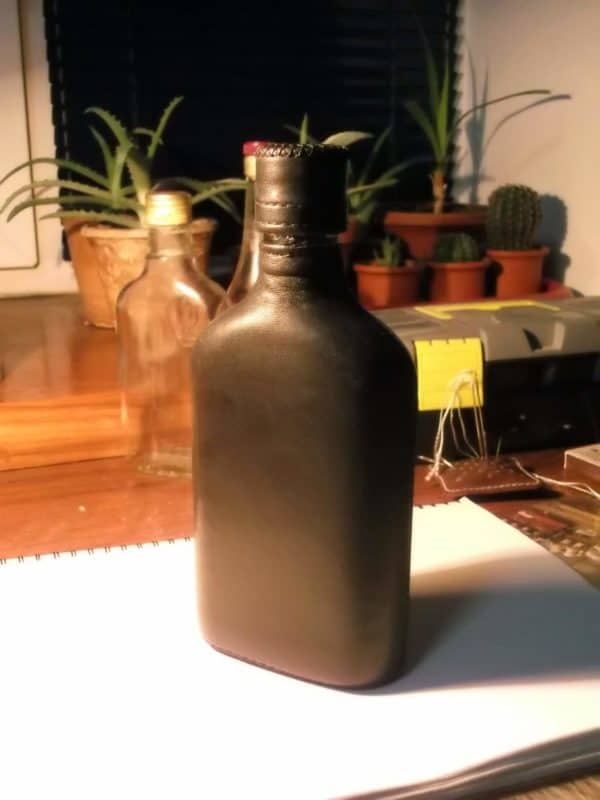 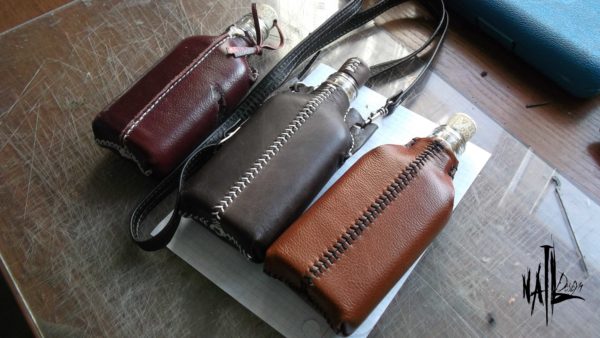 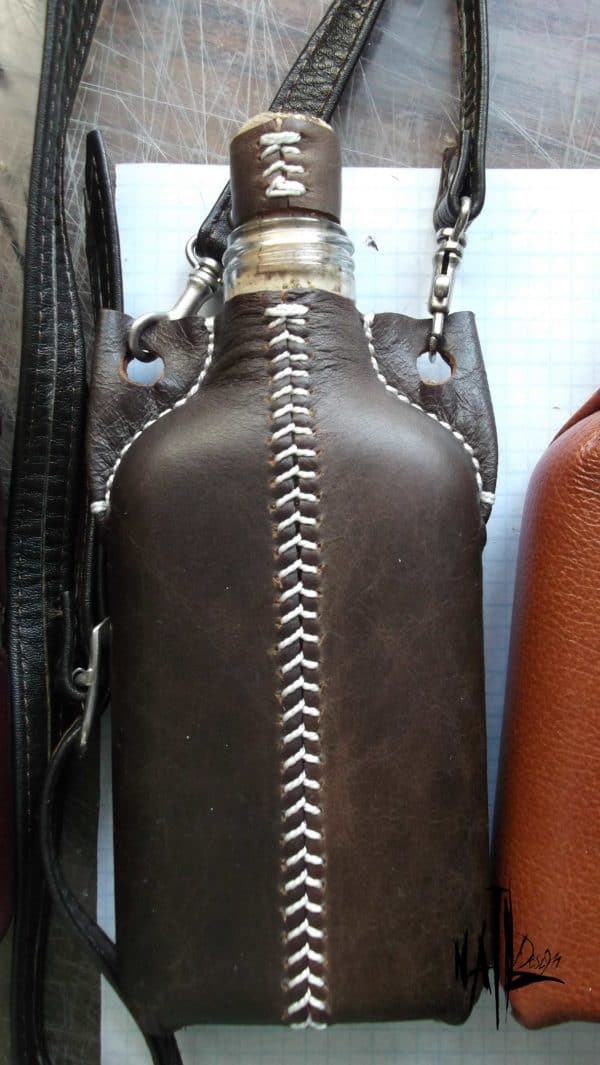 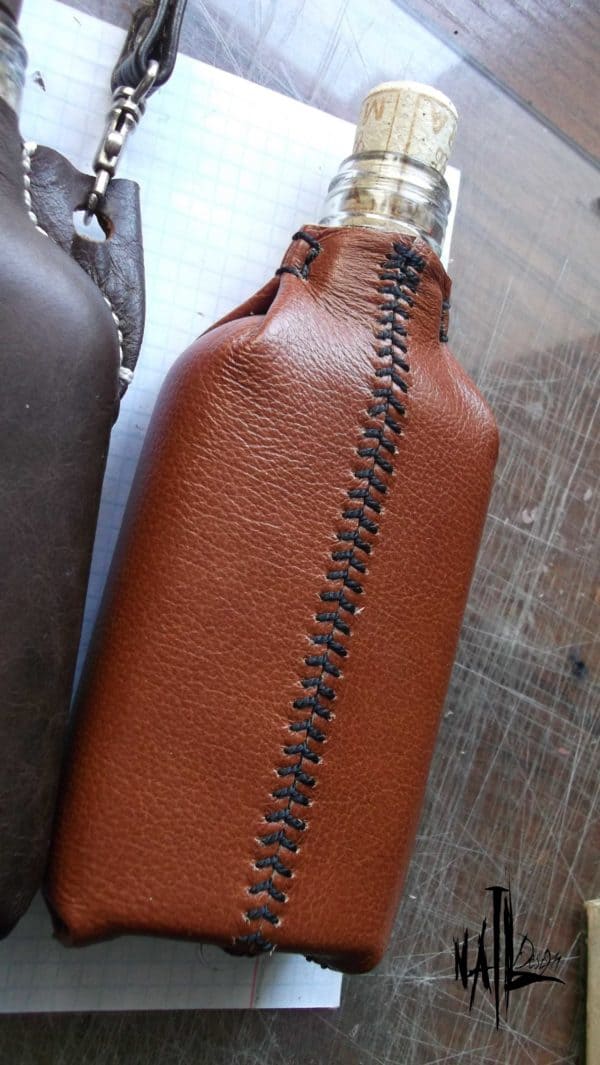 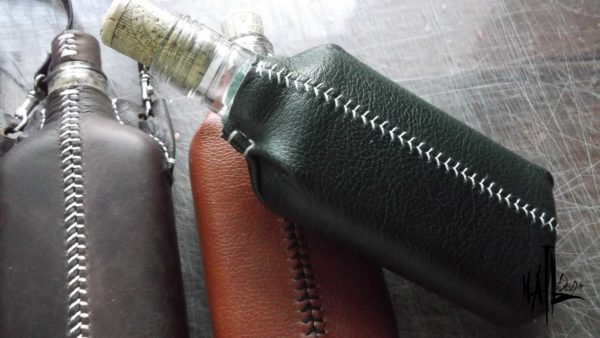 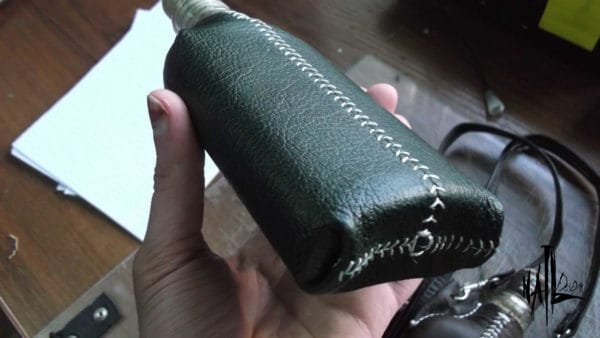