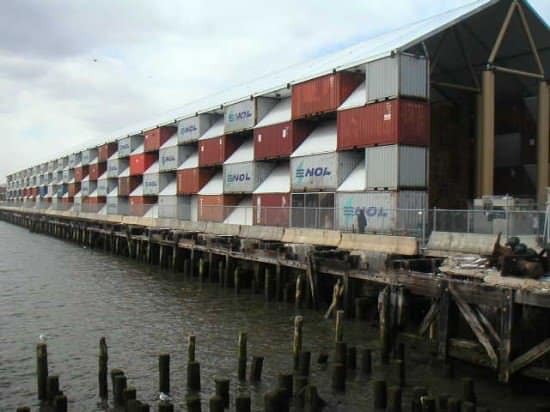 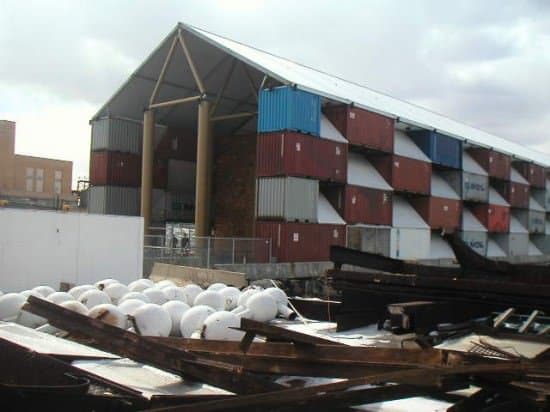 The Nomadic Museum is the permanent travelling home of Gregory Colbert’s Ashes and Snow. Gregory Colbert originally conceived of the idea for a sustainable travelling museum in 1999. He envisioned a sustainable structure that could easily be assembled in ports of call around the world, providing a transitory environment for Ashes and Snow on its global journey. The first public installation of Ashes and Snow at the Arsenale in Venice, which opened in 2002, inspired the aesthetics and architectural concepts for such a museum. Built in 1104, the Arsenale was originally used to assemble and launch boats to sea via the Venetian canals. The structure shares an affinity with Ashes and Snow and the work of Gregory Colbert, who has conducted more than 40 expeditions around the world. 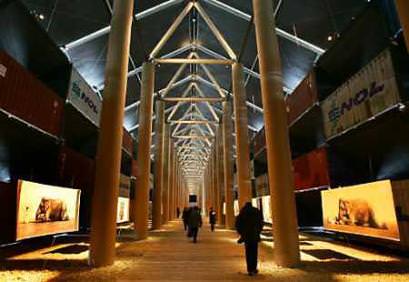 The first Nomadic Museum – realised by the architect Shigeru Ban – was constructed of 152 steel cargo containers, stacked 34 feet high and combined with largely recyclable and reusable materials to form the structural elements. In its most recent configuration, the museum occupied 5,300-square meters containing two galleries and three distinct theatres. Inside, visitors entered the gallery space via a central wooden walkway bordered on either side by stone-filled bays over which the unframed artworks were hung from thin cables and suspension rods installed between the columns. This threshold established a visual boundary between the physical space of the public walkway and the mystical domain of the images. Above, diaphanous handmade curtains made of one million pressed paper tea bags from Sri Lanka were suspended from the ceiling, floating 40 feet above the floor. The Nomadic Museum opened in New York and subsequently migrated to Santa Monica and Tokyo. The museum will be transformed at its next location in Mexico City, where Colbert will continue to collaborate with innovative architects to integrate the most recent advances in sustainable architecture.

Really amazing architecture, not only fungsional but also save earth from the corrosive steel, iron and metal.

Saw Ashes and Snow in New York. An absolutely innovative venue and spectacular exhibition. One of the main highlights of my visit!