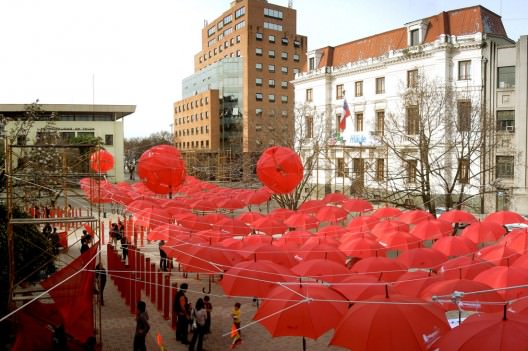 400 red umbrellas (outside of their intended purpose) suspended over the new pedestrian mall in the city of Talca to create a visual impression of the inhabitants of a city in which it is uncommon to see daring displays in public spaces.

The idea was conceived by students Jaime Latorre and Pablo Retamal, beginning with the topic and assignments given during the first two-month period of the 5th Year Architecture Workshop under the guidance of Professor Juan Román, School of Architecture University of Talca. 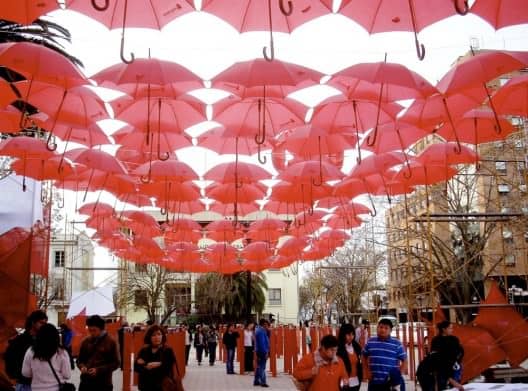 Greetings… I always check this web site … and I´m really glad to find this project right here ….
especially because i´m one of the students involved in the umbrellas project… so thanks for the mention in your web site…. and i like to add more info to your text ….just like a mention.. the proffesor in charge of this proyect was the Architect Mauricio Ramírez.
well thanks again for the mention and for more info … see