Big, bulky floor model rear projection televisions are quickly slipping into the American past. Using the dissected parts of these monsters came with an initial fascination of their abilities to magnify and distort. The front screens of these televisions are called Fresnel lenses. These lenses are grooved like a record, creating magnification from one angle and obscuring the view from another. The optical surface distorts the painting on the lens and objects inside the shadowbox, requiring the viewer to perceive the images from multiple vantage points.

Unlike a television which encourages passivity, these works necessitate the viewer to be an active participant in the visual experience. They elicit a call to action in which the tiniest parts of life are being praised as wondrous. A passion for finding ways to re-use society’s discards for evoking imagination, fascination and beautification is shared through this work. 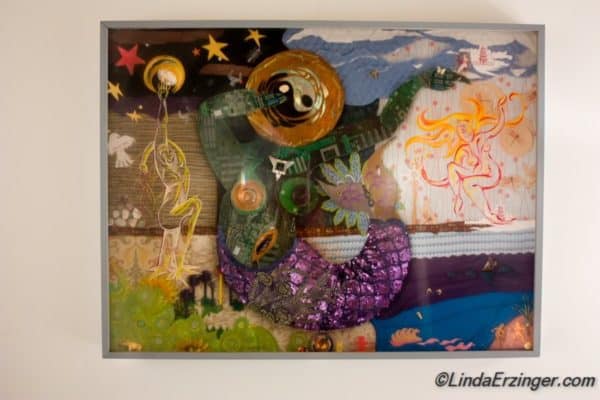 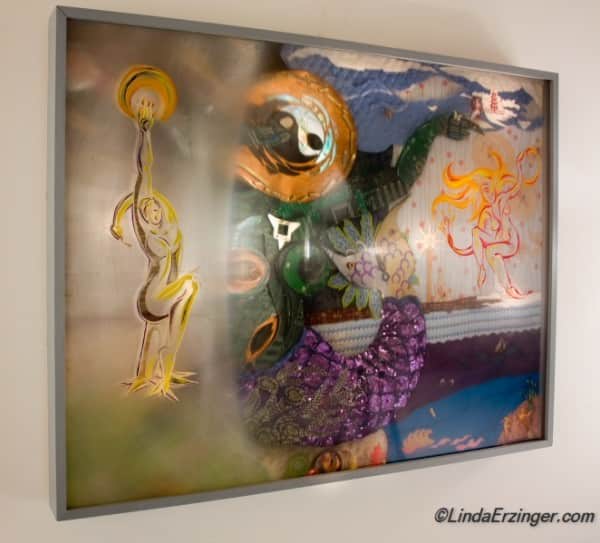 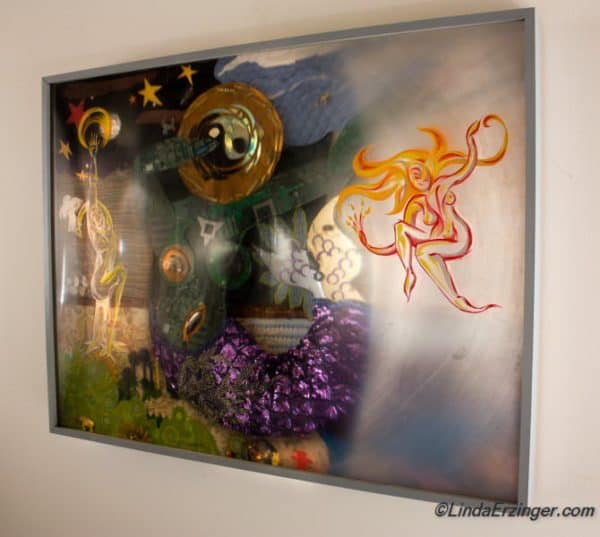