Tommi Aitala had the idea of combining old and modern designs in electric guitar building. The “Cadillac V9” as he called it, is built based on Randy Rhoads & Grover Jackson designed V-shape early ’80s guitar and 1960 Cadillac parts. ’60s colour scheme, chrome hardware, modern functionality, artificially aged finish. It also has a Ned Steinberger -style leg rest to increase the comfort of playing while playing seated. Parts from the ’40s, ’50s, ’60s and ’80s make futuristic but classic appeal. 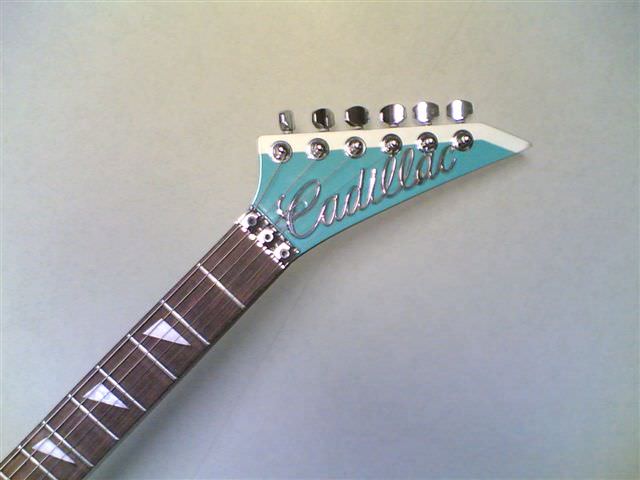 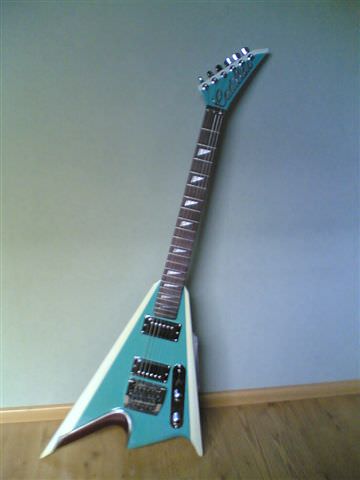 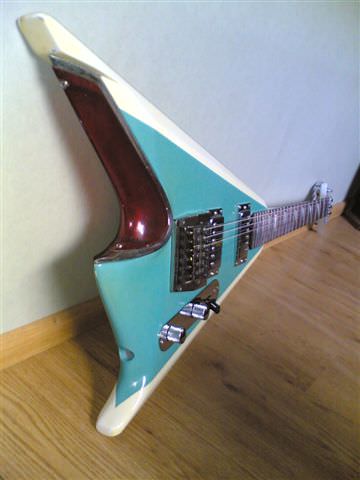 hey, if you ever meet a guy who says he has the copyright of this or “caddilaxe” stay away.

Beautiful. You should post an audio link displaying sound quality.

That is so cool! I love the tail light built into the fin. Any chance of mass producing them?

hey Tommi would you consider making one for me and if you would, how much would it cost??

Here’s a link to video.
http://www.youtube.com/watch?v=1Ul09T6Wpfw
No chance of mass production, unless I find a mass of 1960 Caddy tail lights with a wholesale price tag. :)
I am however considering building more individuals and the price would depend greatly on which woods and components you prefer. Roughly estimated 1000-3000 euros excluding possible target country taxes, duties etc.
If you’re still interested, I’ll be glad to tell more.

Is the one you’ve made, for sale. If it is, how much do you want for it?