When I bought these skates at a thrift store for $5 they fit me perfectly but I am definitely not a skater. I could see that they were actually full boots attached to rollers so first I had to remove them. Actually, my handy husband did the deconstruction. He had to use a metal cutter to cut through two bolts under the toe and then sand the nubs that were left with his dremmel. There were two screw at the heel of the skate which were easily removed. But when I tried on the boots, they were very uncomfortable around my calf so I decided to cut them down. They already had the pink shoelaces, so I was ready to rock and roll! 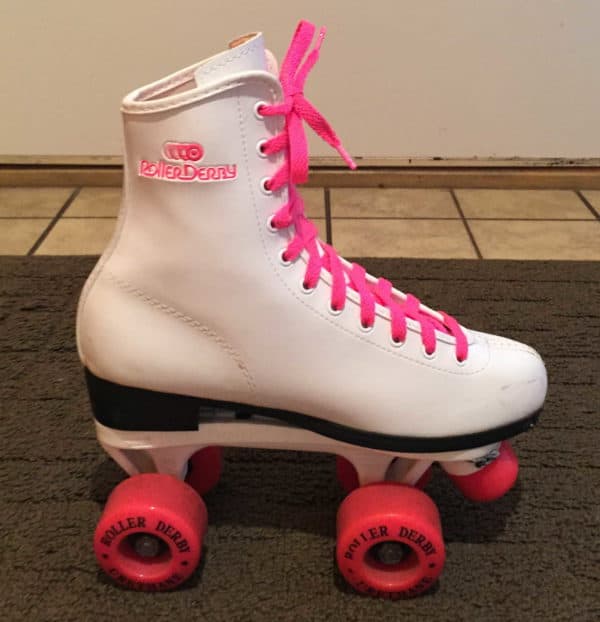 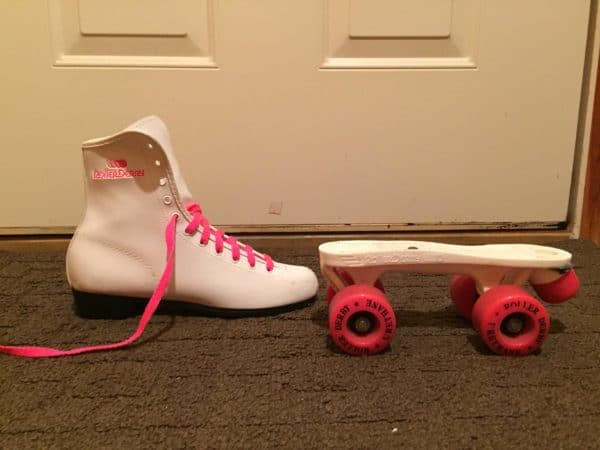 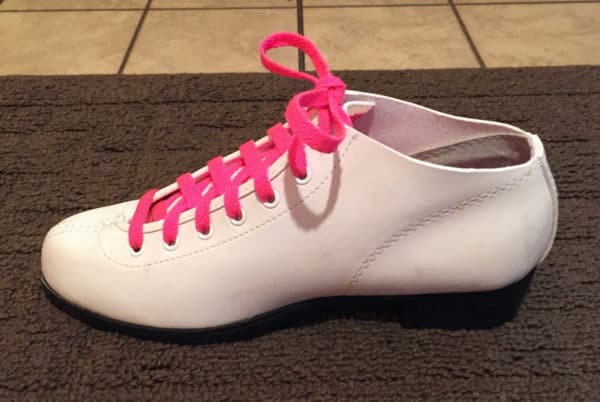