I made this Upcycled Knight Costume, finding inspiration in 17th-century wear. Quixote, who was created by Cervantes 400 years ago, still lives. All this time he has been traveling to different places, and today we see him at the Writers Theatre. The costume looks great on stage, and fit the actor well!

Don’t spend hundreds on costumes that get used for a short time. Make an Upcycled Knight Costume yourself!

The costume is a poetic version of 17th-century ordinary knight armor. But Quixote creates himself as a knight by the strength of his imagination. The same imaginative transformation forms his costume. He repurposed existing objects such as cans, tires, license plates, forks and more as components of his body armor. Each element carries a unique history and story and represents the past and present.

Utilize materials from around the world into an Upcycled Knight Costume!

The peplum contains a license plate that came from Mexico. The chest plate includes an abundance of foreign coins and medals. There is a small detail with a locket holding a photo of his beloved Dulcinea. All materials serve to protect him on his journey. A piece of an old tire protects our knight’s elbow.  We used innovative techniques during the assembly of the costume by replicating the heavy metal elements in plastic and silicon. This substitution made the suit lighter and more flexible for a demanding stage performance.

14 Ways To Reuse Old Bricks In Your Garden1K Total Shares 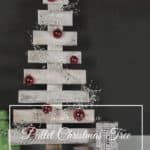