Found this short education film in a dusty old canister and decided that I was going to use the negatives on a lamp refashion. The lamp refashion idea was Plan A but I could never find the right lamp in a thrift store. Plan B was to use the film negative and create a quirky cuff. The cuff was easy to make using an old white thrifted shirt which had the buttons and buttonhole in place. I cut the fabric away from the shirt and then created my Film Buff Cuff. I kept the story of the film intact by handwriting the film maker and film title on the cuff. I also kept the black and white theme of the film by using white thread and a permanent black marker.

Film Buff Cuff is quirky…. is different…..and it is a statement piece. 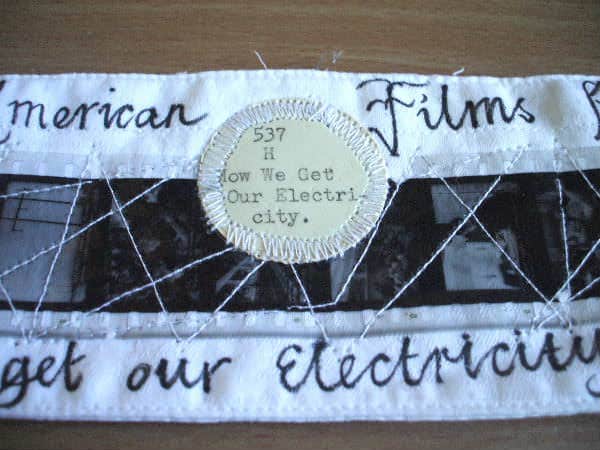 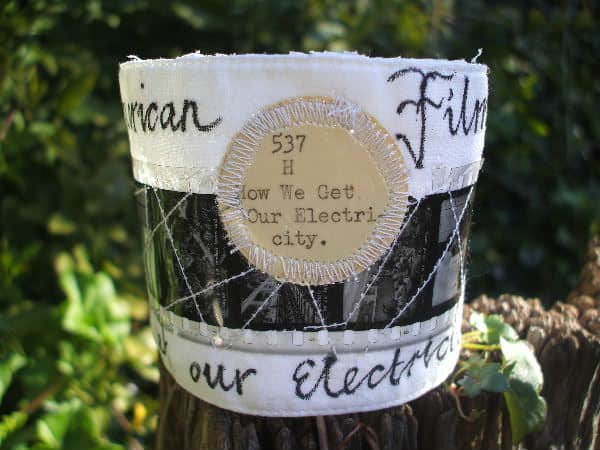 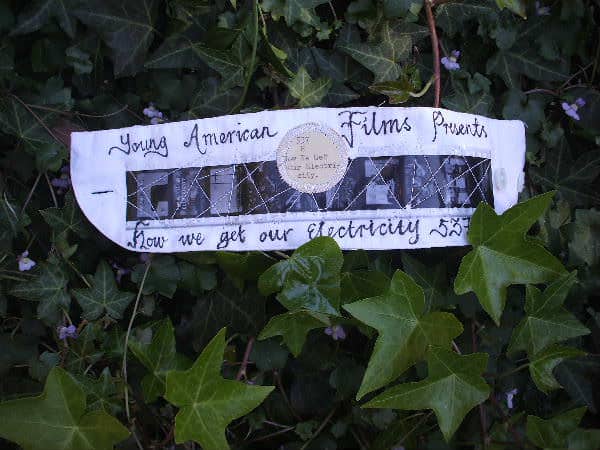