How Rodin Has Influenced Modern Sculpture

It’s not much of a stretch of the imagination to say that Auguste Rodin is the father of modern sculpture. As such he influenced the art world of the 19th and 20th century in a remarkable way.

Today, few people who view his sculptures have failed to feel deeply moved by the experience. His unique contribution to art was his ability to express the inner struggles of the human mind in his figures.

Beneath the stillness of his sculpted forms is an inner movement. The external sculpture writhes in a way that reveals the inner struggle of a soul caught in the grip of strong emotion. You can sense the angst or joy of his creations through his agile technique.

Rodin sculpted a world of passionate figures because he was a man of strong emotions. His inner world can be glimpsed in a tormented letter to his agent about the inaccurate pricing of his sculpture. On April 24, 1912, he wrote this letter to Moline:

This letter is available for purchase in the arts and sciences section of the Raab Collection for collectors interested in historical autographs for sale.

The French sculptor, Auguste Rodin, who was born in 1840 and died in 1917, flourished in two different eras, the fin de siècle nineteenth century and the emergence of the beginning of the early twentieth century. Consequently, his art was subject to the historical changes from a traditional world of idealized form to the disruptive realism of art in the early twentieth century.

He respected the traditions of using materials like clay, plaster, marble, and bronze, as well as respect for the human form, but he also pioneered modern thinking in his use of partial figures and a deviation from a narrative structure of art as a celebration of classical motifs.

Artists who followed him like Aristide Maillol (1861–1944) and Constantin Brancusi, both Frenchmen, sculpted evocative, emotive figures. 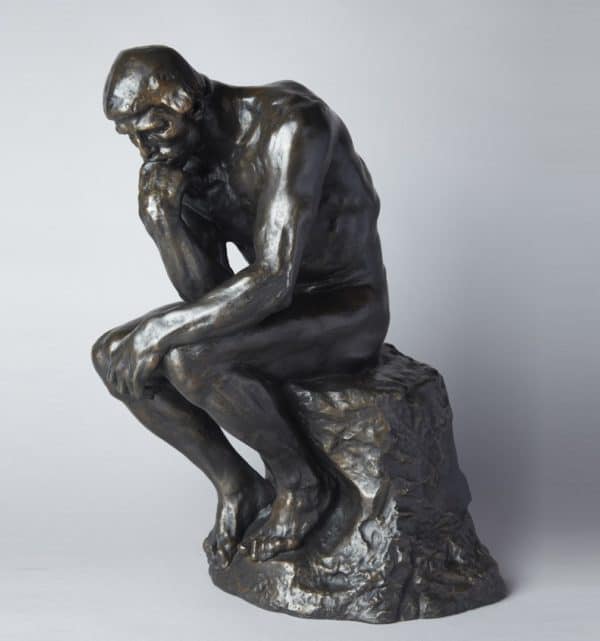 Rodin’s contribution to art was in making his sculptured figures passionate. Unlike the noble figures of Renaissance sculpture which highlighted grace, beauty, strength, and nobility, Rodin’s figures appear to writhe under strong emotions.

One place his influence has shown itself is in recycled art. Although the recycled art of today is often strikingly different from more traditional forms of sculpture, it is possible that it too has drawn some inspiration from the past. Take, for instance, a robot sculpture named “Mike Dyson.” One glance at this remarkable sculpture reminds you of boxing legend Mike Tyson. 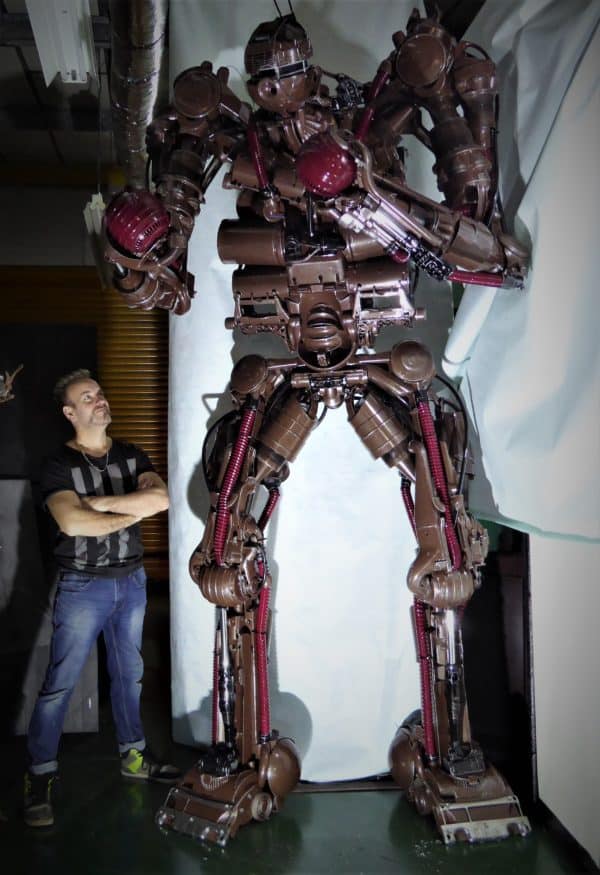 What’s interesting about Mike Dyson is that this 3m high robot sculpture is made out of Dyson vacuums, complete with boxing gloves and a menacing crouch. Like Rodin’s sculpture, you can sense the evocative intensity of the figure.

Incidentally, if the name “Dyson” does not mean anything it’s because you’re not familiar with James Dyson, an industrial designer, who, in 1978, re-engineered vacuum cleaning technology to resolve the problem of vacuums getting clogged and losing suction power

Where To See Rodin’s Original Work