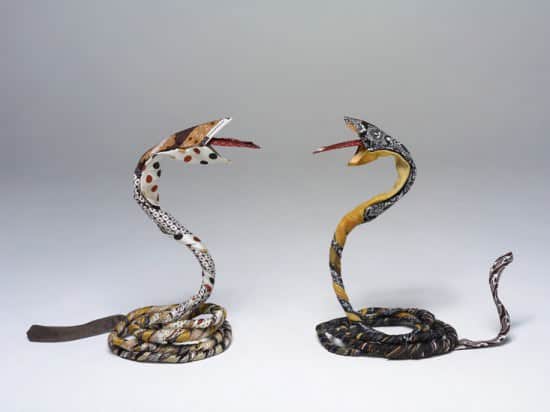 Alain Guerra and Neraldo de la Paz became a creative team in 1996. Their art is based on a combination of traditional disciplines and experimentation with dimension and the use of unconventional materials. For this installations, they used massive quantities of reclaimed textiles, in particular, old ties: “Snakecharmer Portrait“. 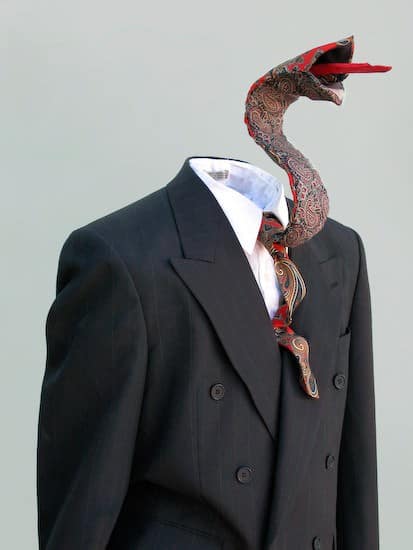 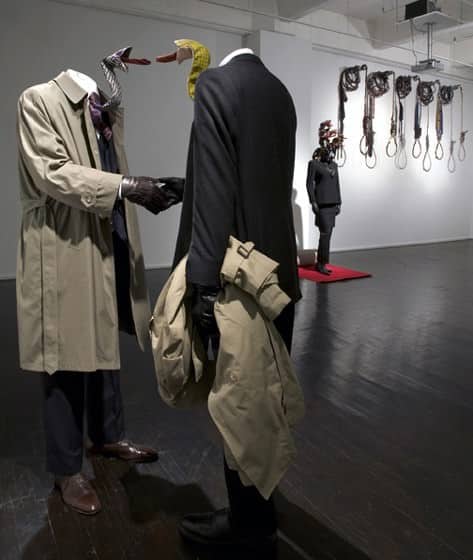 That’s an original idea of upcycled old ties, no more asking “what to do with old ties“! ;)

awesome…one of those things where you say…gee, why didn’t I think of that? lol

KND CAME WITH THIS IDEA I ONE EPISODE