The Day Of Tyran’s Giant Creatures

On “Bright People” festival! On 18th of August in Moscow Gorky Park the new state holiday of Cardboardia – The Day of Gigantic Tyran’s Creatures – was mass celebrated.

The Personages of Cardboardia, masters, probationers and volunteers of «Made in Cardboardia» workshop settled in Gorky Parkbeforehand, since 14 th of August, and began preparation for thecentral event of the holiday – a parade of sea inhabitants of Cardboardia. This theme was chosen no mere chance. Back in 2011 documentary animated film “The Tyran goes to the sea” was created in the animation studio of Cardboardia.Exactly these events we tried to reconstitute in the park.

More than one hundred people of different ages and professions participated in the creation of GiganticTyran’s Creatures. They cut, painted, picked and fastened under the guidanceof Tyran, Main Architect and Ministers of Design of Cardboardia. They worked not only on cardboard giants – six-meter-thick Shark, Ship and Whale but small two-meter-thick costumes of sea inhabitants, waves, ships. During the preparation, you could meet small sharks, shoals of shrimps or walking of itself very different seahorse in the park.

There was no end of comers for joining to festive cardboard parade and all the volunteers went through the test “What reptile are you?”, which strictly classified participators of the parade by species. The Bureau of Sociometry of Cardboardia was founded and uncoveredby The Minister of Innovations and The Main Banker of Cardboardia especially forholiday as a present for Tyran, who liked to organize bureaucracy everywhere somuch!

Tyran thanks “Soyuz” factory , especially thanks festival “Brightpeople” (the holiday was conducted within the bounds of it) and thanks personalall the voluntary and not participators of preparation and conducting of The Day of Gigantic Tyran’s Creatures.

Links on the subject: 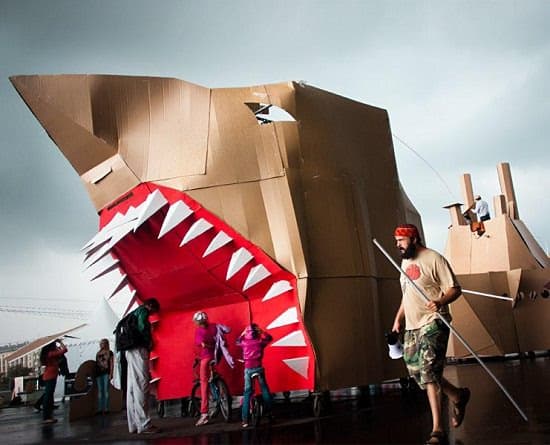 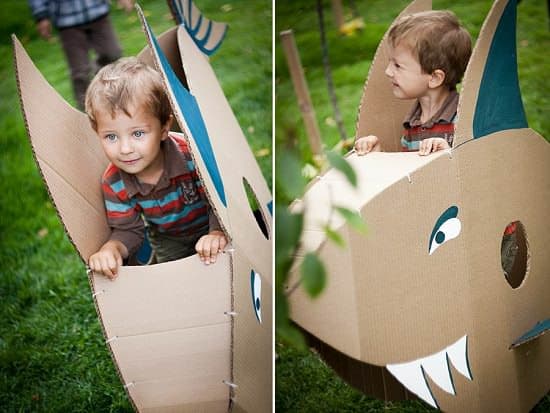