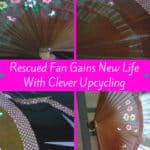 I rescued this old, damaged fan from the threat of the trash bin. I repaired and upcycled it with some pretty ribbon that I glued on. I had to glue small sections of fabric to get the correct curve, but the brown polka-dot pattern goes nicely with the base color of the project piece. Now, this fan is back in service!

Don’t throw it out! Repair and upcycle your project, like this Fan, instead!

This broken item was destined for the rubbish heap. It still worked but was unattractive. 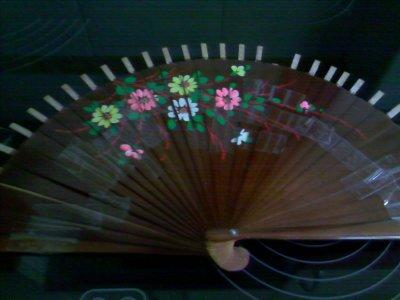 I upcycled some ribbon and glued it on over the exposed ends of the project. I had to cut the fabric into several small pieces to create the proper curve without creating wrinkles. 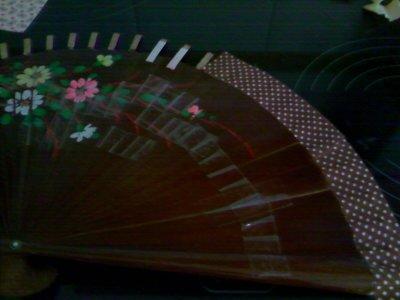 After the glue dried, I trimmed the edges neatly with a pair of scissors. 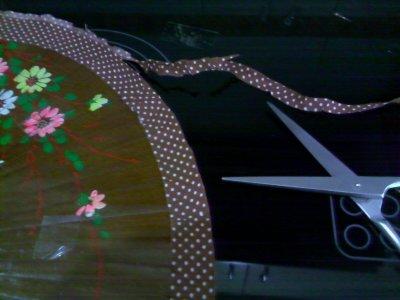 My project, back in service! 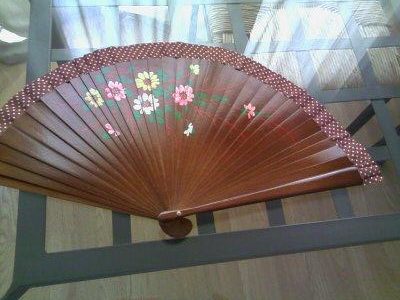 Wooow such a creativity