I’ve recently started rescuing abandoned toys from the street. Most of them I find broken after a flea market and destined for landfill. I found this guy with his head hanging off, held on by only a few stitches (Hence the name Nearly-headless Nick), so I had to save him. Rather than sew his head back on perfectly, I thought I would add a zipper to remind us of his near demise. There is a little pocket behind the zipper, so his stuffing doesn’t fall out when you open it.

As with my other abandoned toy projects, I like to make it look like he has had to repair himself and face the hard world alone.

Long gone are his childhood days; he now has a new life as the mascot for The Reinfected punk revival band on the Costa del Sol. The group loves him, and he tours with them all over the coast. 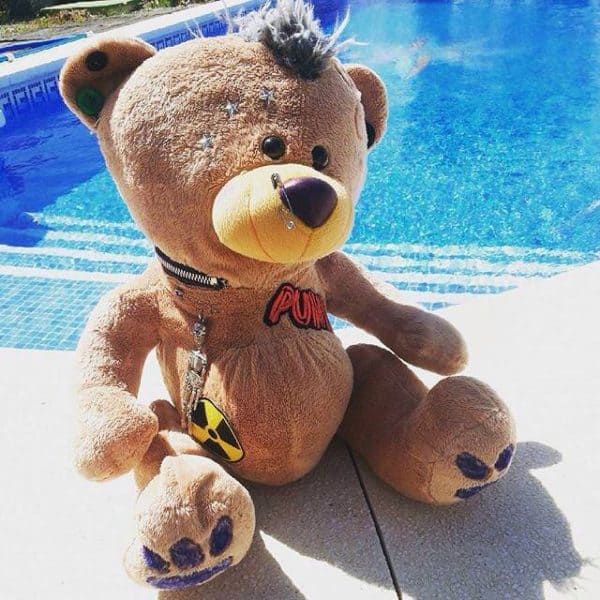 Can you add this to my profile please? Must not have submitted it while I was logged in! Thanks :)